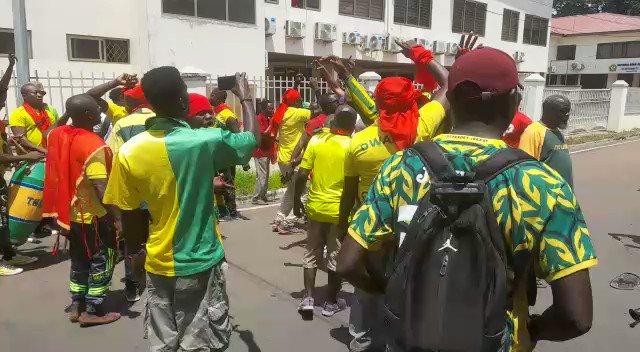 Ebusua Dwarfs SC is seeking to place an injunction on the GFA’s proposed 3-team league aimed at determining which team will replace demoted Ashanti Gold ahead of next season.

The application for the injunction is expected to be heard on July 29, 2022.

According to them the proposed playoff involving Tamale City, themselves, and Liberty Professionals is an error of judgment on the part of the GFA Executive Council (ExCo) since it is inconsistent with the precedents of the FA.

Furthermore, some supporters of the club led by management members protested the decision by marching first from the Accra Sports Stadium and then onward to the headquarters of the GFA before finally arriving at Parliament House to present the leadership of Parliament with a copy of their petition.

Majority leader Osei Kyei Mensah Bonsu met the protesters and received the petition on behalf of the house.