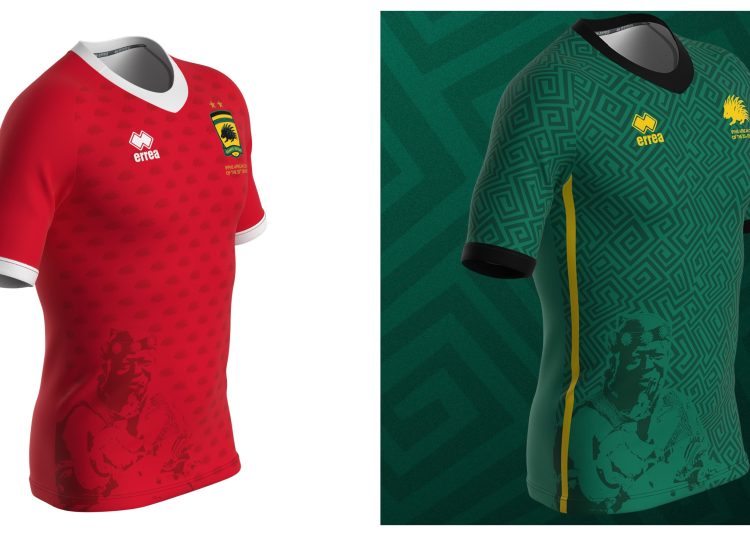 Ghana Premier League champions, Kumasi Asante Kotoko have outdoored their home and away kits for the 2022/2023 football season.

The jersey seeks to celebrate His Royal Majesty Otumfuo Osei Tutu II, whom they describe as a “pillar” of the club.

The kits were produced by Italian manufacturer, Errea following the signing of a three-year deal with the GPL giants.

The home kit, predominantly red has spots of a porcupine and a striking image of Otumfuo Osei Tutu II embedded at the bottom right side of the jersey with white finishing at the edge of the sleeve and neck.

The home kit also has two stars on top of the iconic crest, showing the number of CAF Champions League trophies won by the club.

The away kit also features an image of Otumfuo Osei Tutu II embedded at the bottom right side with the colour black at the sleeve edges as well as the neck area going with the main colour of green.

The away kit has a distinctive crest of a Porcupine with the inscription “IFFHS African Club of the 20th Century” beneath it.

The new season will start in September 2022 and is scheduled to end on June 2023 with official dates for fixtures not announced yet by the GFA.