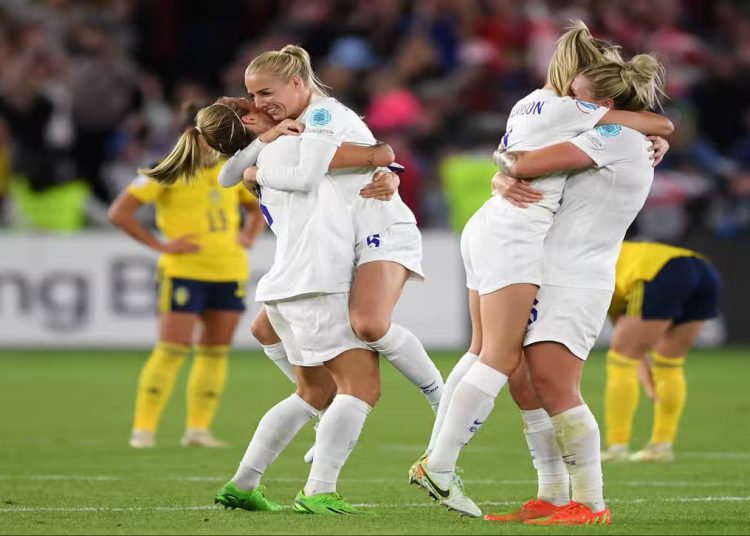 England reached their first major women’s tournament final since 2009 in stunning fashion as they put four past Olympic finalists Sweden at Euro 2022 in Sheffield.

The Lionesses, who extended their unbeaten run to 19 games under manager Sarina Wiegman, will play either Germany or France for the ultimate prize at Wembley on 31 July.

It was a thrilling match from start to finish at Bramall Lane as Sweden piled on the pressure in the opening 25 minutes, only for England to dismantle them with ruthless finishing and a touch of class.

Substitute Alessia Russo once again produced a moment of magic when her instinctive backheel made it 3-0 to England only 11 minutes after her introduction.

Golden Boot leader Beth Mead had put England ahead in the first half against the run of play, spinning and firing into the far corner, before defender Lucy Bronze headed in a second.

Chelsea’s Fran Kirby put the icing on the cake when she chipped despairing goalkeeper Hedvig Lindahl to complete the rout.

Blackstenius had earlier hit the crossbar before Mead’s opener swung momentum in England’s favour and from then on it was a display of their impressive attacking depth.

Victory for the Lionesses ends a 13-year wait to return to the final of a major tournament and they are the favourites to lift the trophy for the first time at Wembley on Sunday.