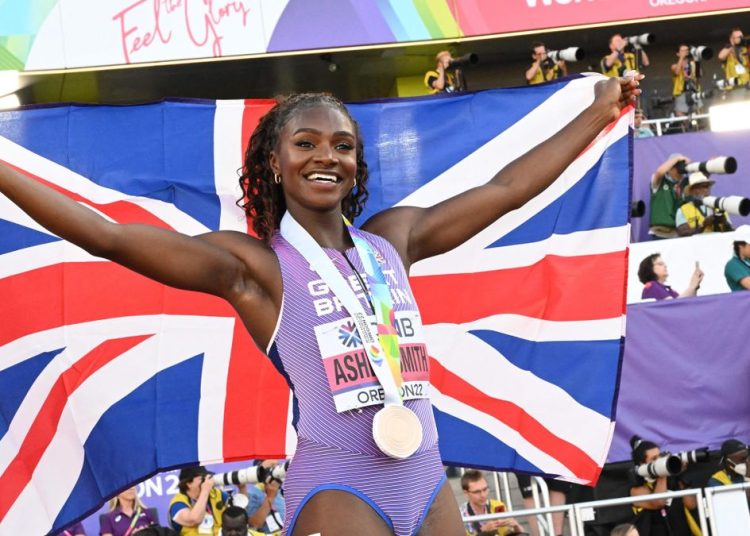 England’s Dina Asher-Smith has withdrawn from the Commonwealth Games with a “light hamstring strain”.

Asher-Smith pulled up with the injury while competing for Great Britain in the women’s 4x100m relay final at the World Championships on Monday.

She had won bronze in the 200m at the event just a few days before and she needs “a few days off” to protect the minor problem.

“[There are] no major issues and nothing to worry about,” she said.

Asher-Smith came third in the 200m at the Commonwealth Games on the Gold Coast four years ago.

She also won gold as part of the England 4x100m relay team.

“I feel good but I am in need of a few days off,” she wrote on Instagram.

“But due to the short turnaround between the end of the Worlds and the start of the Commonwealth Games in a few days time, I’m going to have to withdraw.”

Asher-Smith spoke of her personal and physical pain after winning bronze in Oregon.

The medal came after her Olympic campaign in 2021 was wrecked by a hamstring injury, followed by the death of her grandmother – who she was especially close to – earlier this year.

“I was so excited to race in front of a home crowd and all the British fans,” Asher-Smith added.

“It is going to be such an amazing competition and I know that Team England will do you all proud.”

Asher-Smith will be hopeful of competing in the European Championships, which begin on 15 August.