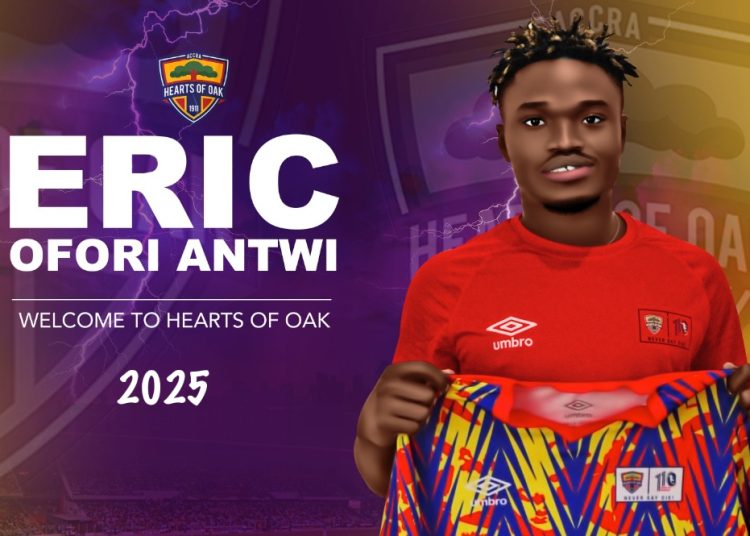 The Phobians have announced the signing of goalkeeper, Eric Ofori Antwi.

The 27-year old joins the club on a three-year deal after leaving Legon Cities at the end of the 2021/2022 Ghana Premier League season.

He made 16 appearances for Legon Cities, keeping five clean sheets and conceding 14 goals.

We are glad to announce the latest family member, Eric Ofori Antwi. He signed a 3-year contract after passing his medicals. he joins the pool of great goalkeepers in the squad. He is finally reuniting with his former coaches.#AHOSC#Phobia4Life pic.twitter.com/f46Xrn75HF

The club also announced the signing of defender, Zakari Yakubu from lower-tier side, Swedru All Blacks.

Yakubu joins the Phobians on a four-year deal after completing his medicals.

He becomes the third signing of the club following the acquisition of Antwi and Cameroonian forward Junior Kaaba.

He will join the rest of the team as they prepare for the CAF Confederation Cup and the Ghana Premier League.

Our latest defender is from All Blacks and to him, it’s a dream come true. He signed a 4-year deal with the phobia family after passing his medicals. he is Zakari Yakubu. #AHOSC#PositiveEnergy#Phobia4Life pic.twitter.com/XA9OnZCOGZ