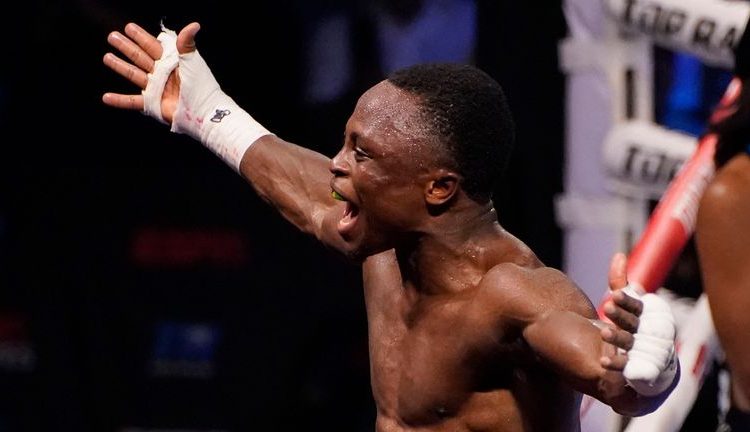 President of the Ghana Boxing Authority, Abraham Kotei Neequaye, is confident Isaac Dogboe will be a two-time World Champion by the end of the year.

Dogboe, following his win over Joet Gonzalez via a split decision on July 24,2022,  is now the number one contender for the WBC title.

The former WBO super-bantamweight champion, lost his world title back in 2018 to Emmanuel Navarette, and then was defeated in the rematch a few months later.

Kotei however believes Dogboe is poised to make a big comeback following his most recent victory and is backing him to overcome his next opponent.

“We are happy because, we are getting closer to a world title, this is another elimination bout and at this moment, Isaac happens to be the eye of Ghana.” Neequaye said.

“One thing about Dogboe is his discipline, we know he will go bring the title.

“By the end of the year, we will bring the World title to Ghana and we will need your prayers and support.

“I am promising you that before the year ends, Isaac Dogboe will bring the title to Ghana.”

Dogboe says he is having engagements with his promoters, Top Rank on when his next bout will take place but says he is ready to face any opponent.