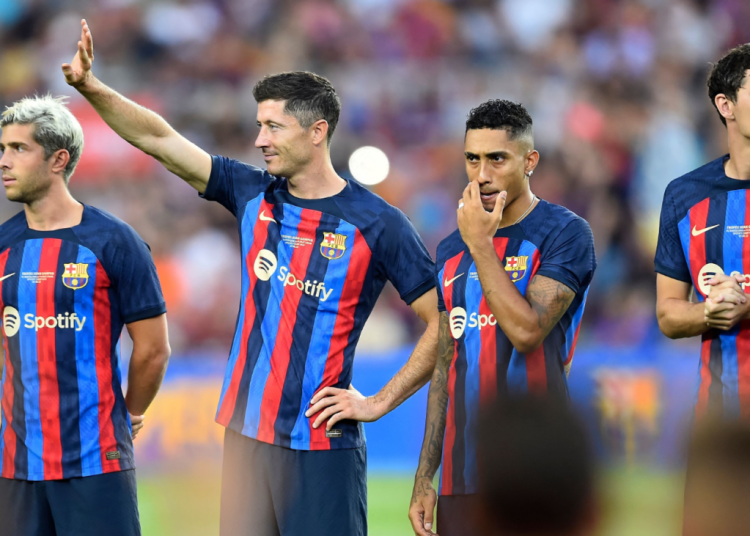 Jules Kounde has not been registered to play for Barcelona ahead of their La Liga opener against Rayo Vallecano.

Barcelona had hoped to register all of their new summer signings this week after raising £85m from selling 24.5 per cent of Barca Studios to Orpehus Media – but Kounde will have to wait to make his debut after the list of registered players was announced on Friday night.

Robert Lewandowski (£42.5m), Raphinha (£55m), Andreas Christensen and Franck Kessie, who all joined during this transfer window, have been included in the squad ahead of their opening fixture at home to Rayo Vallecano on Saturday.

Ousmane Dembele and Sergi Roberto have also been registered after agreeing new contracts, while Barcelona are yet to complete the transfer of Marcos Alonso from Chelsea and Manchester City’s Bernardo Silva remains a top target.

Barca had to meet La Liga’s salary cap to register their new signings but several “economic levers” including new investment deals released funding after the final lever was triggered.

Barcelona would have to free up so-called salary mass to register 23-year-old France defender Kounde.