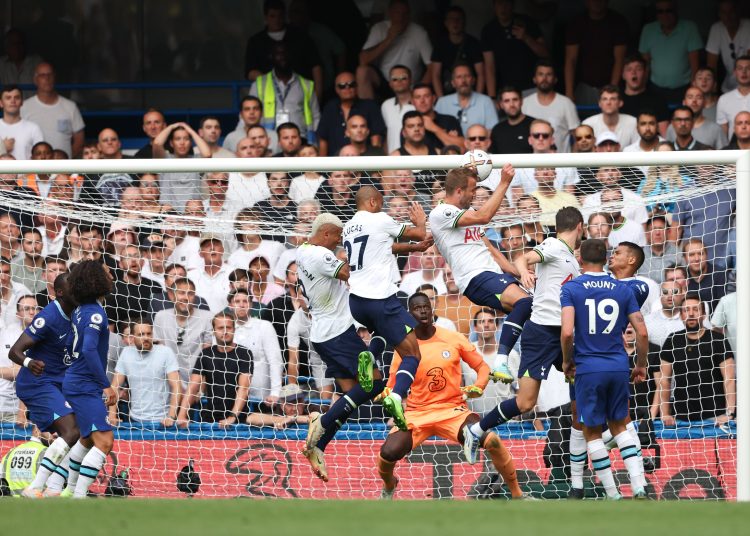 Thomas Tuchel and Antonio Conte were both sent off as tempers flared after Harry Kane’s last-gasp equaliser earned Tottenham the unlikeliest of points in a pulsating 2-2 draw with Chelsea at Stamford Bridge.

Conte and Tuchel had already been booked for a face-to-face altercation in the aftermath of Spurs’ first equaliser, scored by Pierre-Emile Hojbjerg, but came to blows after Kane had risen unmarked to head below-par Spurs level for the second time in the 96th-minute.

Kalidou Koulibaly’s thumping volley had given Chelsea a deserved lead after a dominant first-half display, but Spurs somehow stayed in contention and equalised when Hojbjerg’s drilled shot punished Jorginho’s error in the penalty area.

Conte’s exuberant celebration outside of his technical area angered Tuchel and the Chelsea boss responded when Reece James restored the hosts’ lead, streaking past the forlorn Italian and down the touchline in to celebrate with the Chelsea fans.

Tuchel looked to have had the last laugh but, with Chelsea seconds away from successive Premier League victories, Kane’s dramatic stoppage-time equaliser lit the fuse for the confrontation between the coaches to come.