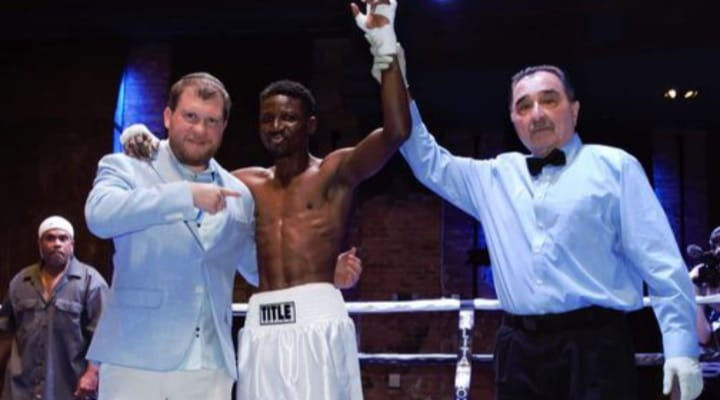 Prince Dzanie and Mohammed Nii Ayikwei Aryeetey made their professional boxing debuts in the US this past weekend with varying results.

Dzanie nicknamed “Octopus” scored a second round Technical Knockout win in his Bantamweight Fight against Juan Gabriel Medina at the Garden Theater in Detroit.

The veteran Boxer improves his record to 23 wins in 23 fights with 19 knockouts; before scoring the win over Medina, all of Dzanie’s wins had come in bouts fought in Ghana.

In the Flyweight Division, 19 year old Aryeetey battled to a split draw decision against Jeronil Borres of Philippines at the Findlay Toyota Center in Arizona.

The draw came in an exciting fight after eight rounds of exchanges from the fighters; the bout was Aryeetey’s eighth professional outing after scoring seven wins in all seven previous fights.

Nicknamed “Golden Star”, Aryeetey won 78 -74 on one Judge’s scorecard while another Judge scored 79-73 for Borres and the third Judge scored the bout a 76-76 draw.