‘I leave Kotoko with a heavy heart’ – Prosper Ogum 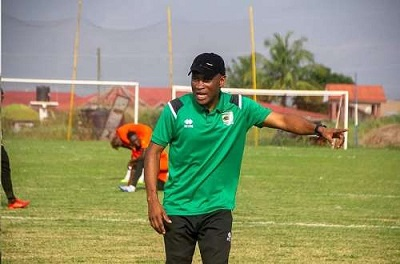 Dr. Prosper Nartey Ogum has penned a letter announcing his departure from Kumasi Asante Kotoko as Head Coach of the Club he guided to win the Ghana Premier League title last season.

The Sports Psychologist, Educationist and Trainer released the letter on his Twitter page this morning to confirm a long reported split with the two time CAF Champions League winners.

“Taking Kotoko to Africa and defending the league title was my aim but it is regrettable to that I must leave midstream. I believe my departure is for the best interest of the Club” he wrote while adding

“To the supporters, I doff my hat to you. You truly stood with me and sincerely inspired me. I have always felt loved, cherished and valued.”

Dr. Ogum led WAFA to finish third in the 2020-2021 Season in his second year at the helm; he also guided Elmina Sharks from the Second Division to Division I.

See the full statement below: 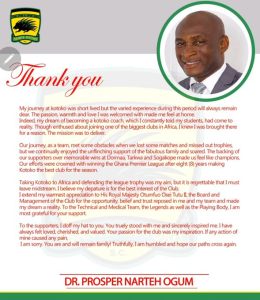