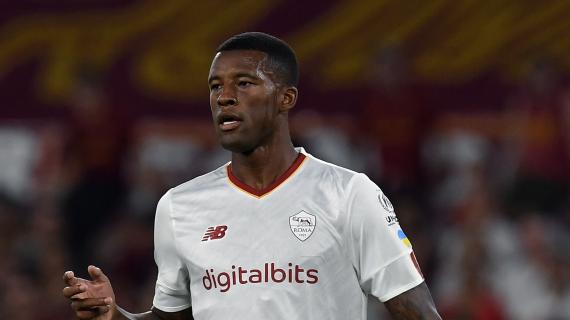 Roma midfielder Georginio Wijnaldum broke his leg in training on Sunday, putting his participation at the World Cup in Qatar in doubt.

The Netherlands midfielder, 31, joined Roma on loan from Paris St-Germain two weeks ago.

The Serie A club said medical tests had “confirmed the presence of a fracture to the tibia in his right leg”.

Roma did not say how long Wijnaldum, a Premier League and Champions League winner with Liverpool, would be out.

Rotterdam-born Wijnaldum, who has 86 caps for the Netherlands and also spent a season at Newcastle United, will “undergo further assessments in the coming days”.

The Dutch are in Group A at the World Cup, which begins on 20 November, along with Senegal, Ecuador and hosts Qatar.