The Premier League keeps on rolling and it was a wild weekend full of upsets and comebacks. As usual there was a dash of controversy to accompany the entertaining football on display.

The incident: Kieran Trippier tries to tackle Kevin De Bruyne and misses the ball, he is initially sent off but upon review the card is downgraded to a yellow. 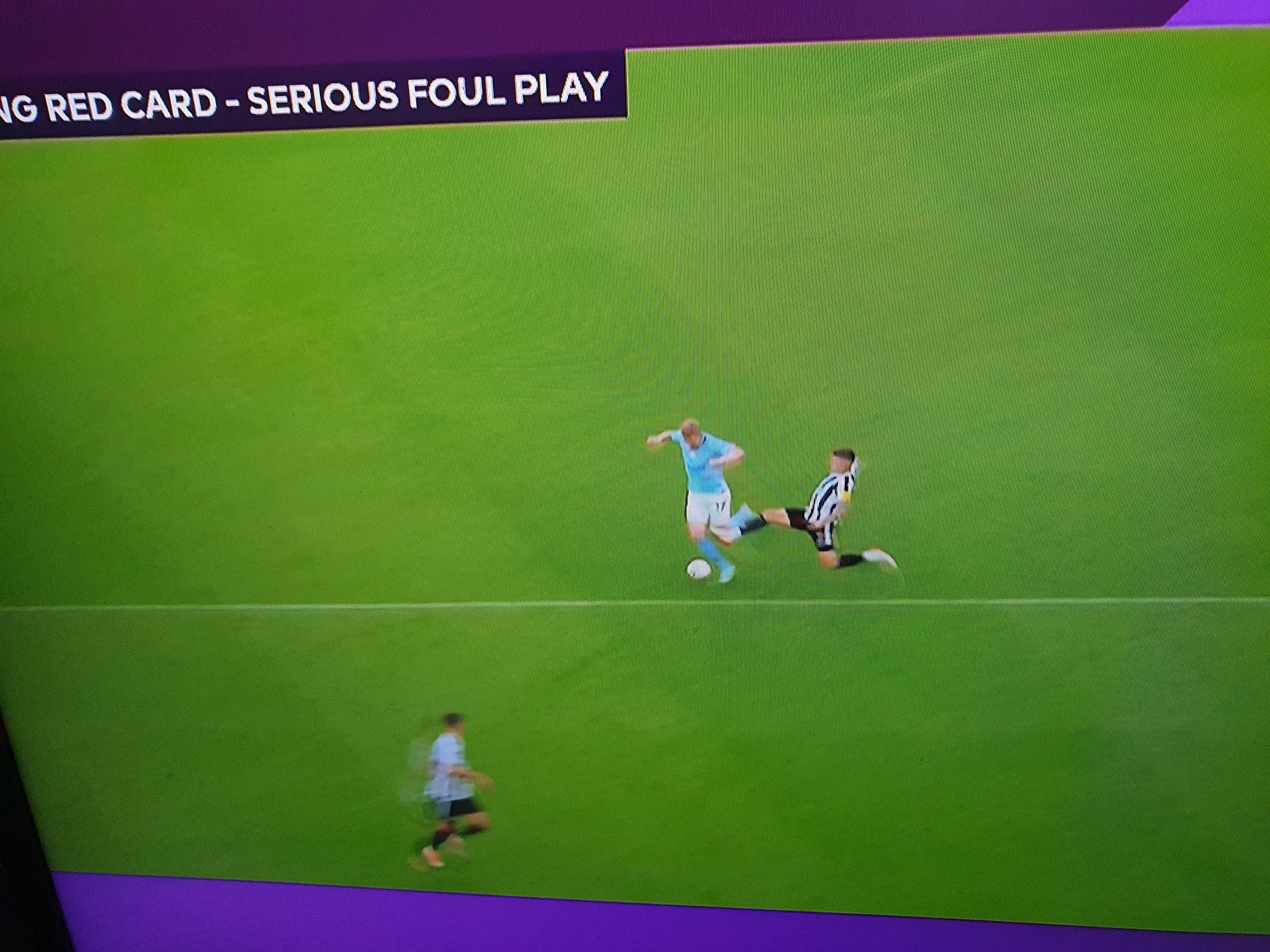 Trippier is very lucky because his tackle is what I like to refer to as an orange card decision. If we break it down the England man is nowhere near the ball. He makes contact around De Bruyne’s knee. Here is where it gets tricky. Per Law 12, red cards are for tackles which are excessively forceful and/or endanger the safety of the opponent. Whilst Trippier was not guilty of either his challenge was excessively cynical in the sense that he had no hope of getting the ball.

Clearly, the referee and the VAR had differing opinions and that is why the referee was asked to take a second look, upon taking the look he changed his mind. It is almost a given that the referee will change his mind when he goes to the monitor, but we have to understand it is not a case of the referee being overruled. The referee on the pitch has the final say and the monitor is used to introduce evidence he may have missed which is why they are more likely to change their minds. The referee can also decide the new evidence is immaterial and stick with their decision but this is very rare and happened maybe twice all season. It is not a certainty that the monitor will result in a change but 99% of the time the new evidence will influence the referee’s decision

The incident: Lucas Digne’s arm is struck by the ball in the penalty area, after a VAR check a penalty is given. 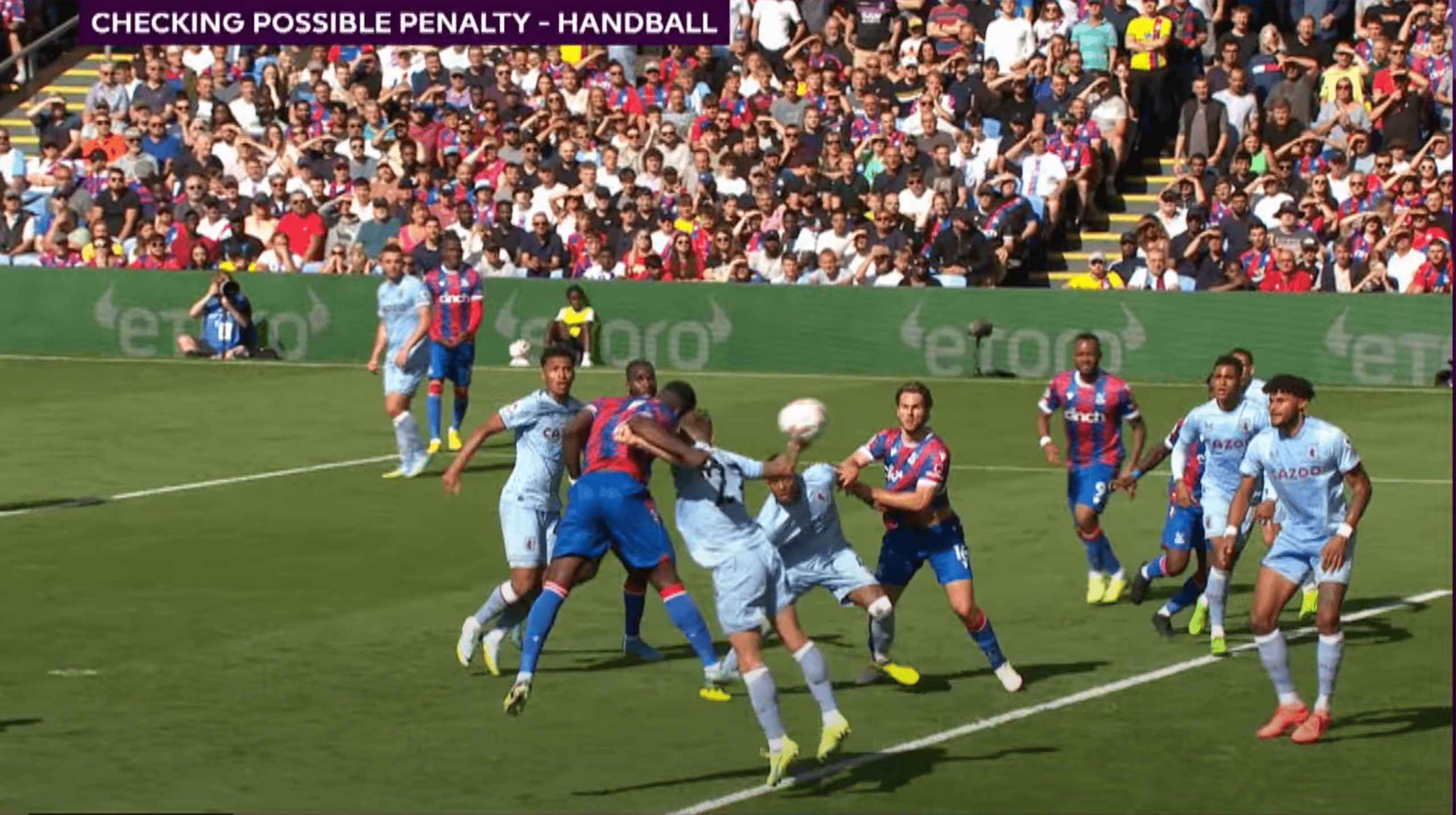 This is a tough call on Digne for a number of reasons. The first and most important is that the distance between the opponent’s header and the ball striking his arm is minute. In fact, there was no way he could have moved his arm out of the way in time. However, his arm is clearly away from his body creating an unnatural barrier and because the ball is heading towards the goal it is a valid penalty. However if it was also not given it would not have been a mistake in my eyes because the distance between the header and his arm is very small. 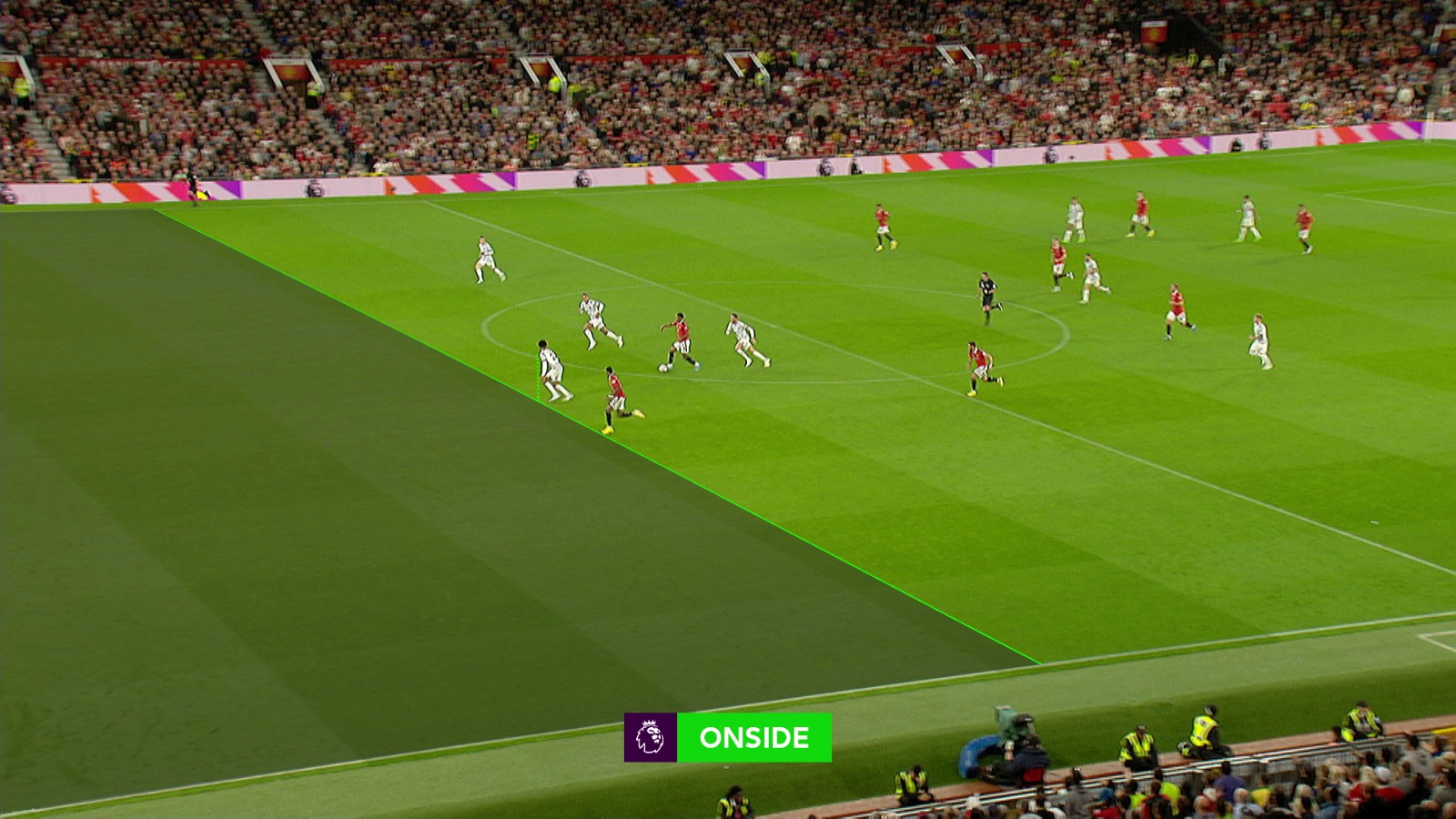 The goal was reviewed by VAR and given but the interesting part was only one line was present in the review image. This means the lines drawn to determine the offside were touching meaning it is too close to disallow based on the images. This is a new change to allow the game to flow more freely and limit the distraction of VAR. It worked wonderfully in United’s favour this time but Liverpool will feel hard done by.