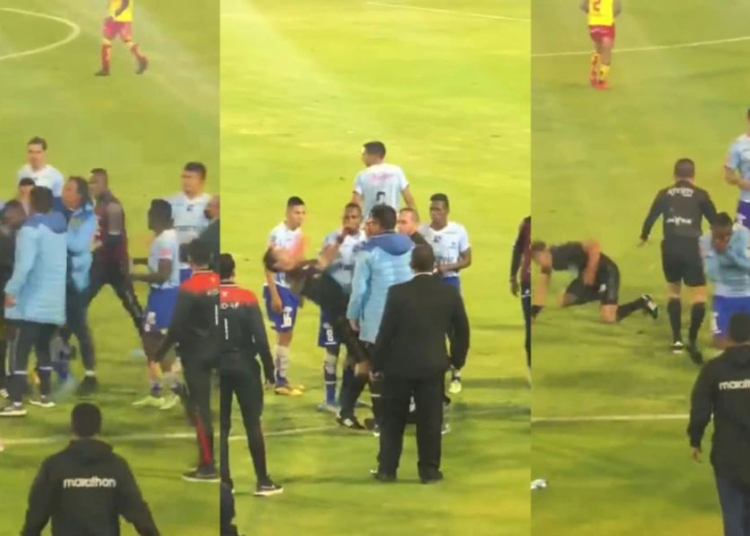 Referee Alex Cajas was physically assaulted by a Coach late in a league game in Ecuador after awarding a late penalty off a quick VAR check.

Cajas awarded the penalty in the 88th minute in Ecuador’s Liga Pro Game between Macara and Aucas; the penalty was awarded in Aucas favour.

The decision infuriated members of Macara especially the team’s technical heads where Goalkeeper’s Coach Hector Chiriboga got in the face of Referee Cajas, shoved him before delivering a hefty blow that floored the Official.

Two Coaches including Chiriboga were sent off for their actions and Luis Canga scored from the penalty spot to put Aucas up 1-0.

However, Referee Cajas awarded a penalty to Macara deep into stoppage time that was effected by Uruguayan Facundo Rodriguez to pull his side even.

Referee Cajas’ drama filled night was far from over as he dished two more red cards to Aucas duo Victor Figueroa and Mina Caicedo before ending the contest.