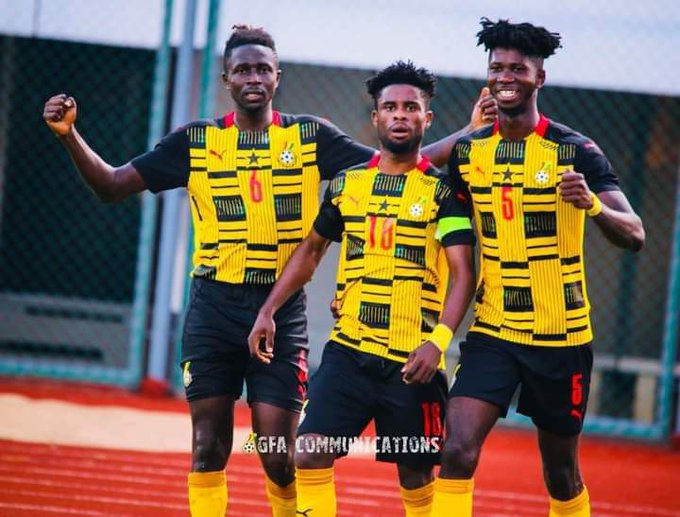 Hearts of Oak forward, Daniel Afriyie Barnieh, scored a consolation goal for Ghana’s Black Galaxies as they lost 2-1 to Qatar in an International friendly in Austria on Tuesday evening.

The Black Stars B team went behind in the first 30 minutes of the game after Qatar found the net in two minutes and later in the 26th minute at the Wiener Neustadt Stadium.

Annor Walker’s men came into the second-half with an improved performance in a bid to level the game and were rewarded a consolation goal in the 68th minute via Afriyie Barnieh, as Qatar held on to win the game as they get ready for the 2022 World Cup.

The game is expected to serve as preparation for the Black Galaxies as they prepare to face Nigeria in the final round of the 2023 CHAN qualifiers.

The first leg is scheduled to be played in Ghana on August 28 and the return fixture on September 1 at the Moshood Abiola Stadium in Abuja.