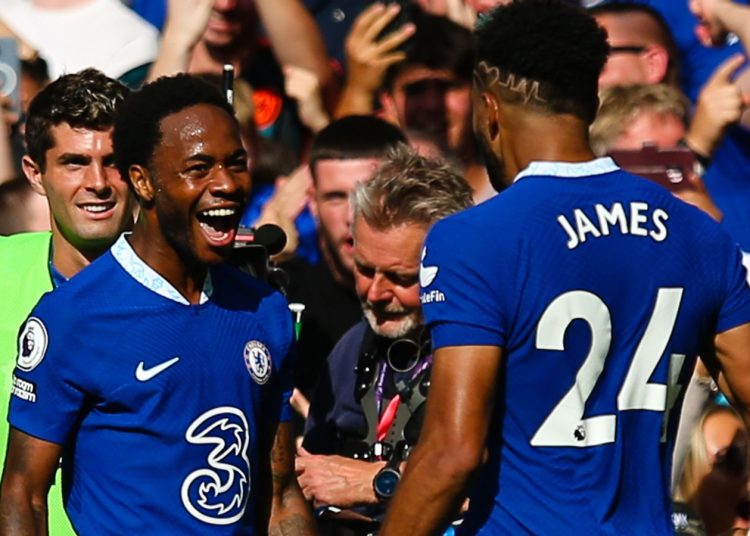 Raheem Sterling scored his first Chelsea goals to give the 10-man Blues victory over a Leicester side who are enduring a torrid start to the Premier League season.

The £50m summer arrival’s deflected effort looped into the top corner to put the hosts in front 67 seconds after the interval before doubling their lead from Reece James’ inviting ball, much to the relief of Conor Gallagher.

Chelsea had been completely dominant until Gallagher was sent off before the half-hour mark for a second booking in the space of seven first-half minutes.

That allowed Leicester back into the game and they had the ball in the net before the break, but Daniel Amartey’s effort was ruled out with Harvey Barnes harshly adjudged to have fouled goalkeeper Edouard Mendy.

Barnes did get his goal following a neat one-two with Jamie Vardy, but only after the Foxes were two goals down.

Vardy twice went close and Ayoze Perez struck the bar as the visitors pressed for a late leveller that never came, meaning Brendan Rodgers’ side have now lost three games in a row since an opening-day draw with Brentford.