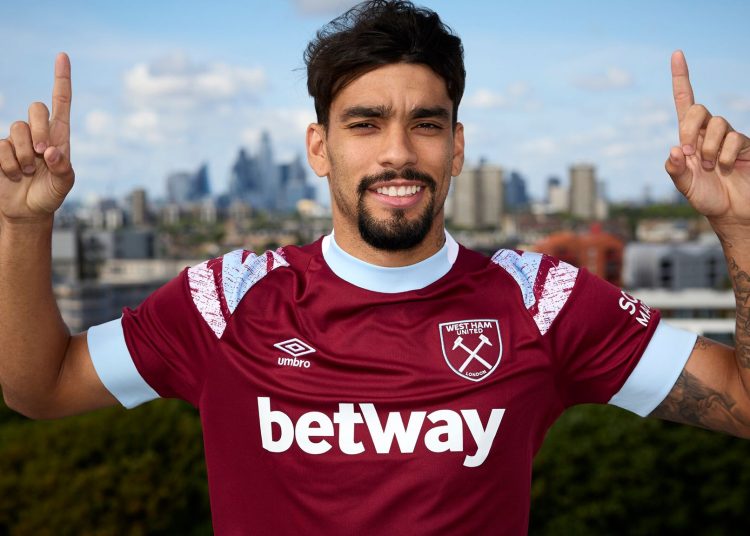 West Ham have completed the signing of Brazil international midfielder Lucas Paqueta from Lyon for a club-record fee of around £51m.

The 24-year-old becomes David Moyes’ eighth summer signing at the London Stadium, and trumps their previous record signing Sebastian Haller, who left the club only 18 months after arriving for £45m.

He signs on a five-year deal, with the option of a further year, and will wear the number 11 shirt.

Paqueta has 33 caps and seven goals for Brazil and has already played more than 100 games in Serie A and Ligue 1 since moving to AC Milan from Flamengo in 2018.

Speaking after the conclusion of the deal the new West Ham man had the following to say:

“I am extremely happy to be here. I hope it’s the beginning of an enjoyable journey. I hope my time here is successful. Last season, West Ham had a very good season and I hope they continue to enjoy more and more good seasons in my time at the club.”