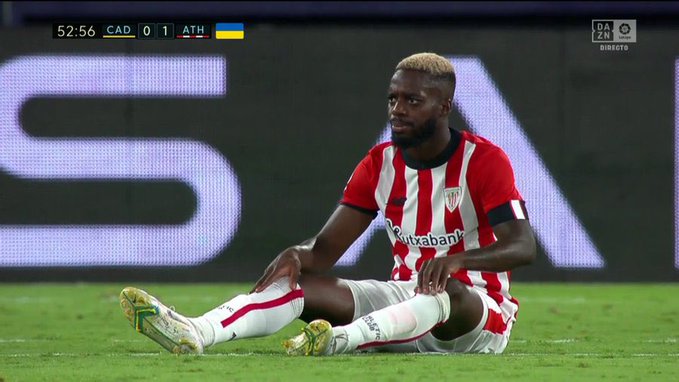 Athletic Bilbao forward Inaki Williams was forced off with an injury when his side beat Cadiz 4 – 0 in a matchweek 3 La Liga encounter.

Williams who recently switched nationality to represent Ghana’s Black Stars scored the opening goal of the game, went on to miss a penalty before an injury forced him off in the 54th minute.

In that time frame Williams has avoided injury and suspension but that record is now in jeopardy.

Bilbao’s team doctors will assess the forward to ascertain the extent of the injury.

Williams was in line for a first Black Stars callup as the September International window looms.

Ghana will play Nicaragua and Brazil in pre-World Cup friendlies in September.

GHALCA G6: We want to do better than last season – Olympics Coach

GHALCA G6: We want to do better than last season - Olympics Coach