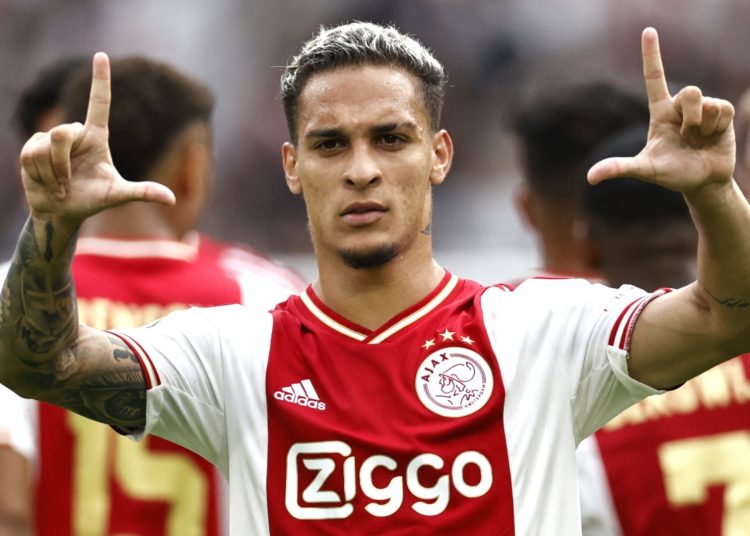 Antony has completed his medical ahead of his £85m (€100m) move to Manchester United from Ajax.

United reached an agreement with Ajax for the eagerly-anticipated transfer on Monday, subject to international clearance.

Personal terms have been agreed and a formal announcement is expected soon.

An agreement has been reached for the transfer of @Antony00 🤝🔴#MUFC

The forward is unlikely to be available for United’s Premier League game against Leicester City on Thursday as visa and work permit are in process and they must be completed before midday on Wednesday in order for him to be included in the squad.

The move to United will see Antony reunited with ex-Ajax boss Erik ten Hag, who has already recruited defender Lisandro Martinez from his former club.