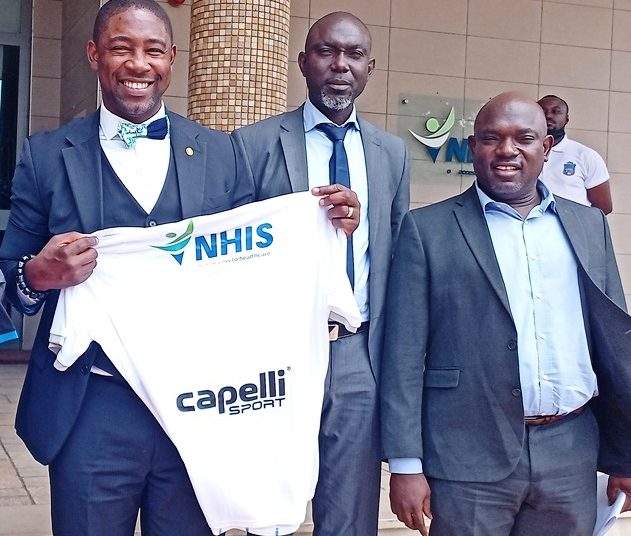 He said the initiative will commence in the upcoming betPawa Ghana Premier League Season during his speech delivered at the unveiling of a partnership struck between the Authority and four Premier League teams.

The partnership is an initiative from the Authority to get more people registered to the insurance scheme; Nsoatreman, Samartex, Tamale City and Kotoku Royals are the partners in the deal.

“We are going to have our stand in registering them anytime they have especially home matches, our district offices at let’s say Kotoku Akim Oda will have a stand outside the stadium…we are targeting registering all of them-supporters- on health insurance. This can even serve as an incentive for people to come and watch their games” Dr. Okoe-Boye stated

All four teams will have the NHIS logo inscribed on their jerseys and NHIS insignia will be present at the home league centers of the four clubs.

All four teams will make their debuts in the Premier League next season that commences on September 9.