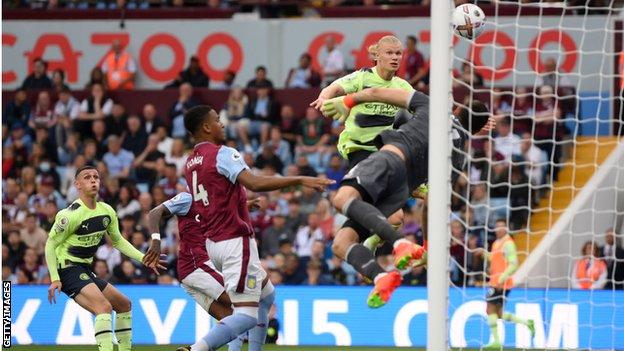 The league’s top goalscorer Erling Haaland got his 10th goal in six games when he was in the right place at the back post to volley in Kevin de Bruyne’s superb cross.

After scoring in the 50th minute, Haaland had another two efforts saved by Villa keeper Emiliano Martinez and De Bruyne also hit the crossbar with a 22-yard free-kick.

Those missed chances proved costly as Bailey struck a sweet first-time shot into the top corner from Jacob Ramsey’s square pass to make it 1-1 in the 74th minute.

Villa thought they had scored a winner when Philippe Coutinho put the ball in the net off the underside of the bar but the assistant referee had already put his flag up for offside.

City would have moved above Arsenal, who play at Manchester United on Sunday, with a win, but instead are second, one point behind the Gunners.