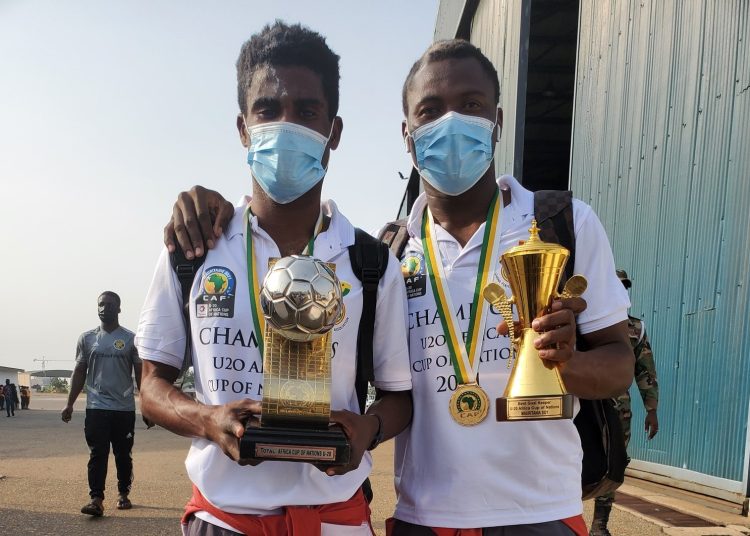 The duo alongside four other players from the Black Galaxies, Augustine Randolph of Karela United, Suraj Seidu of Hearts of Oak, Accra Lions’ Dominic Nsobila, and Samuel Osei Kuffuor of Bechem United have been excused from the first week of camping to enable them rest after securing qualification against Nigeria.

Barnieh has also been called up by Black Stars Head Coach, Otto Addo for the international friendlies against Brazil and Nicaragua in late September.

In a statement from the Ghana Football Association, twenty-seven players are expected to report to the Ghanaman Soccer Centre of Excellence at Prampram on Wednesday, September 7, 2022, to start preparations.

Ghana has been given a bye to the second round where they play the winner of the Mozambique versus Mauritius tie in October, 2022.

Algeria, Ethiopia or DR Congo will be Ghana’s third-round opponent if they progress.

The tournament will also serve as the first stage of the CAF qualifiers for the 2024 Summer Olympics men’s football tournament in Paris, France.

Below are the invited Black Meteors players for the U23 AFCON Qualifiers: 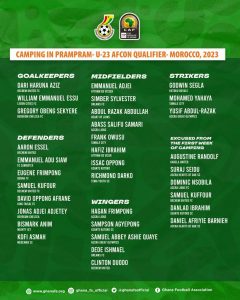