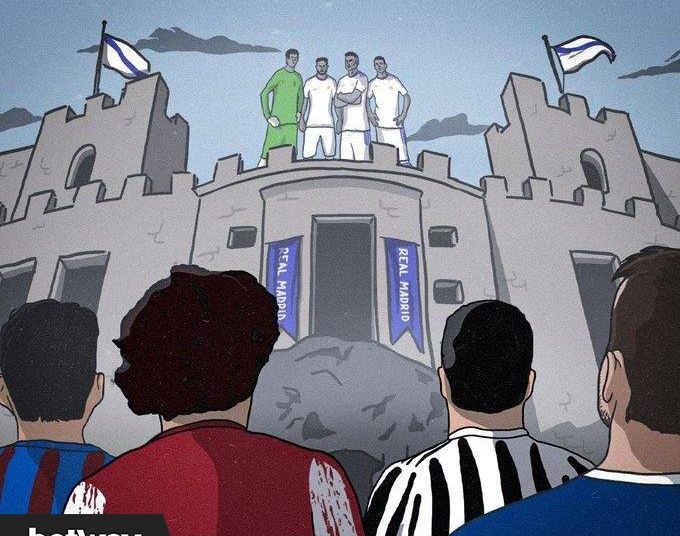 After a long wait, the UEFA Champions League has returned and it promises to be just as action-packed as the previous years.

On matchday one, Pep Guardiola’s Manchester City will be under the microscope once again as they look to end their European title drought.

Real Madrid will also be looking to get their title defense on course as they prepare for a battle against Celtic with potential challengers Liverpool traveling to Napoli.

Here are Betway’s five matches to look out for on matchday 1.

Manchester City aim to bounce back from their draw against Aston Villa during the weekend as they make the trip to Spain to face Sevilla.

Sevilla on the other hand, are looking to please the home crowd as they take on the defending Premier League champions on Tuesday evening.

The Spanish side would be quite confident heading into the tie, as City have won just three of their 13 away games against Spanish opponents.

But Betway favors Manchester City to win the game, with their odds boosted to 1.36 whilst that of Sevilla stands at 8.80.

Defending Champions League winners Real Madrid will aim to begin their title defense on a high as they take on Celtic in Scotland on Tuesday night.

Los Blancos are coming into the game full of confidence, following their consecutive victories in league matches but Celtic will be hoping to halt the run.

Carlo Ancelotti’s side would be confident as Celtic have lost eight of their last 10 UEFA Champions League matches versus Spanish opposition (W2).

Real Madrid have a better chance to win according to Betway with their odds boosted to 1.75 currently whilst that of Celtic stands at 4.40.

PSG will be looking to continue their fine form from the Ligue 1 level as they host Juventus in their first Champions League game of the season.

But Juventus, a dominant team in Serie A, will be looking to halt the momentum of Messi, Mbappe and Neymar on Tuesday.

And Allegri’s side should have hope because PSG have never beaten Juventus in eight previous competitive meetings.

But Betway deems PSG overwhelming favorites to win the game, with their boosted odds priced at 1.32 currently whilst that of Juventus has been priced at 9.60.

Bayern Munich will be aiming to put their weekend draw behind them as they travel to Italy to face giants Inter Milan.

Inter are also looking to get back to winning ways after suffering a narrow 3-2 defeat at the hands of rivals AC Milan during the previous weekend.

Inter and Bayern have met on seven occasions with both winning three times each. That makes it potentially a balanced encounter.

However, Bayern’s chances of winning are priced at 1.87 according to Betway whilst that of Inter Milan stands at 3.80.

Liverpool will be looking to get their draw against Everton behind them as they travel to Italy for a clash with Napoli.

Napoli on the other hand, have started well in the Serie A this season and currently place first. They will look to build on that form in the Champions League as well. But they will have it tough because Liverpool have won each of their last three away games against Italian sides in European Competitions.

It could be a close one. Liverpool’s chances of winning is priced at 2.01 whilst that of Napoli is priced at 3.60 currently.

Betway has introduced “Beat the Odds”, a promotion that seeks to enhance the thrill of betting and lets players get even more out of their Multi Bet, with a leaderboard game and opportunities to win incredible prizes.

The promotion, which started on 5 August 2022, will run for a 60-day period and players stand a chance of winning a share of GHS 3 million in amazing prizes. The prizes include tech, cash, fuel and an all-expenses paid trip to watch the world’s best footballers go head-to-head in Qatar.

To qualify, players need to place bets from the Beat the Odds page on the Betway website. Every bet placed will either earn or lose the player points on the overall leaderboard. Top the leaderboard, and the grand prize winner will walk away with GHS 250,000 in cash.

UCL: An eye on Ghanaians in Europe's major club competition