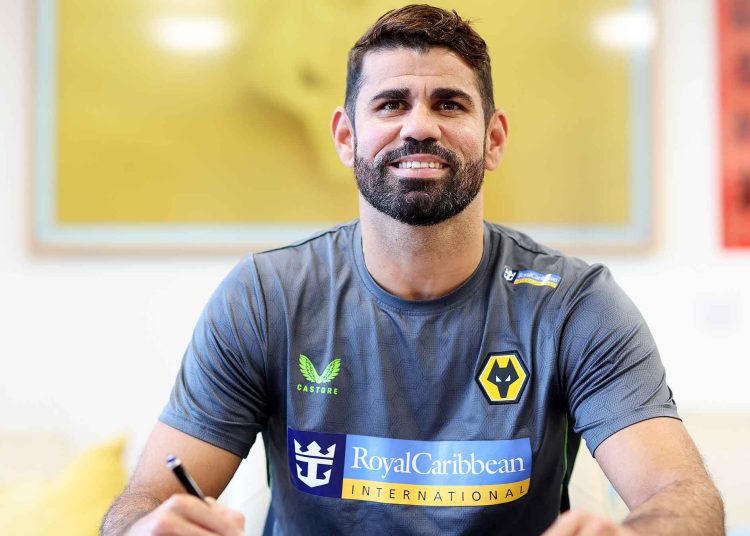 Diego Costa has joined Wolves on a deal until the end of the season after having his work permit granted to seal a return to the Premier League.

The 33-year-old former Chelsea striker has signed on a free transfer after leaving Brazilian side Atletico Mineiro in January, where he played 19 times and scored five goals in the 2021 season before his contract was terminated after just five months.

Wolves have moved for the ex-Atletico Madrid forward after summer signing Sasa Kalajdzic was ruled out by an ACL injury he suffered during their home win over Southampton last weekend.

Despite being linked with fellow Brazilian side Corinthians, he has remained without a club. Last August, Marca reported he was close to signing a deal with La Liga mid-table side Rayo Vallecano.

Costa has not played a single professional game since December 2021 and it remains to be seen whether Lage picks him in his squad for Saturday’s game against champions Manchester City.