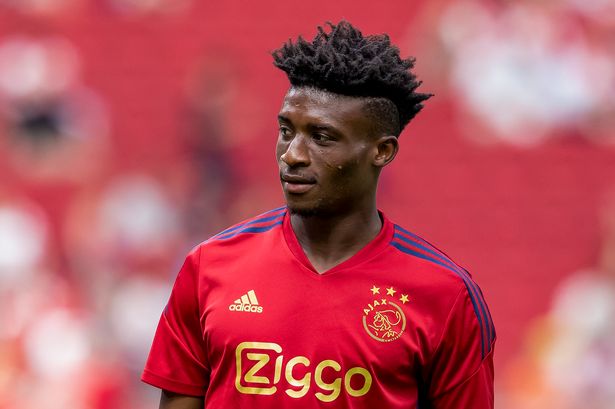 Off the pitch he is an interesting fellow who fleets between jovial and carefree when around friends and loved ones to calm and cautious observer when not in such friendly territory.

He observes with the keen gaze of a bald eagle but views himself more as a lion, the king of the jungle.

It doesn’t matter if it’s the dingy alleys of Nima where he grew up or the lush pitches of the Johan Cruyff arena in Amsterdam where fans of Ajax FC have been starved of his spellbinding talent.

Kudus is special and he is very aware of this fact.

This mindfulness of his qualities puts him in line to not just become one of the greatest players Ghana has produced but the African continent and the world at large.

Power, pace, flamboyance, technique and agility are some of the attributes that one will appreciate immediately they set eyes on Kudus but one has to look beyond the surface to understand how he puts it all together.

His greatness rests in his ability to play the game at his own pace. Its almost as if he sees the game in slow motion.

He will not be hurried off the ball or be forced to succumb to the speed of activity around him.

This is facilitated by two important traits that a lot of footballers especially the young ones lack.

1.The ability to keep one’s head up while staying conscious of what everyone else on the pitch is doing instead of staring at the ball at feet.

A lot of players find this combination extremely difficult because keeping the ball glued to feet while in the flow of a game and keeping an eye out for opponents is a very tricky task.

The few players who come to mind regarding this special ability include Messi, Iniesta, Pirlo, Kevin de Bruyne and Luka Modric to mention a few.

2.Blessed with the balance of a ballerina, Kudus is able to change pace at will and at almost impossible angles.

His ability to accelerate, stop and decelerate is tutorial content for the students of the game which is absurd considering he is only 22 himself.

Combine this with his ability to play every position across the offensive line and a number of positions in midfield and we are looking at a never seen before archetype.

If Kudus can improve his decision making, usefulness to the team off the ball and his general temperament he will be an unstoppable force in the game. 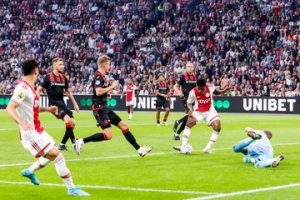 On the days when all his attributes mesh together perfectly he is a walking cheat code.

As was depicted On matchday one of the Uefa Champions League against Rangers.

Warming the bench continuously when he was clearly the best player for Ajax coming into the 2022/2023 season gave him his hunger.

He finished the game with a 100 percent pass completion rate while assisting and also scoring an eye popping individual goal.

He became the only player since Serge Gnabry (vs Barcelona) in 2020 to achieve this feat.

At the blast of the final whistle he was adjudged the best player on the pitch and eventually named in the UEFA champions League matchday One team of the week. 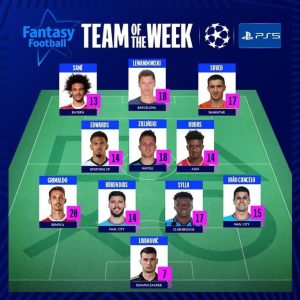 He followed that performance up with another flawless display against Heerenveen where he shone as a false nine to score twice and again pick up the man of the match award.

The form he has shown in the last 3 games is not unchartered territory for him as a player but he has never played consistently without being interrupted by team rotations or injury since he arrived at Ajax and that has prevented us from knowing his true ceiling as a player or if he even has one.

Fixture congestion might mean he returns to the bench when Ajax play Liverpool on match day 2 of the champions league but it will be the one fixture that reveals how good Kudus is against world class opposition.

No disrespect to Rangers and Heerenveen but it’s the obvious truth.

The sheer time he has been away from the football field has fueled his thirst for the game, specifically the one against Liverpool.

He missed 83 days with fractured ribs,79 days with a meniscus injury and another 62 days with an ankle injury.

It remains the biggest threat to his greatness.

Team interest is always paramount but Alfred Schreuder must understand the context of this game to Kudus.

From the moment he ruptured his meniscus in his champions league debut against Liverpool its a moment he has wanted to atone for on an individual level.

To the world at large it’s the biggest litmus test for Ghana’s most talented youngster.

Can he turn on the style when the bright lights come on at Anfield, one of Europe’s most iconic and intimidating venues?

We wait, with patience.