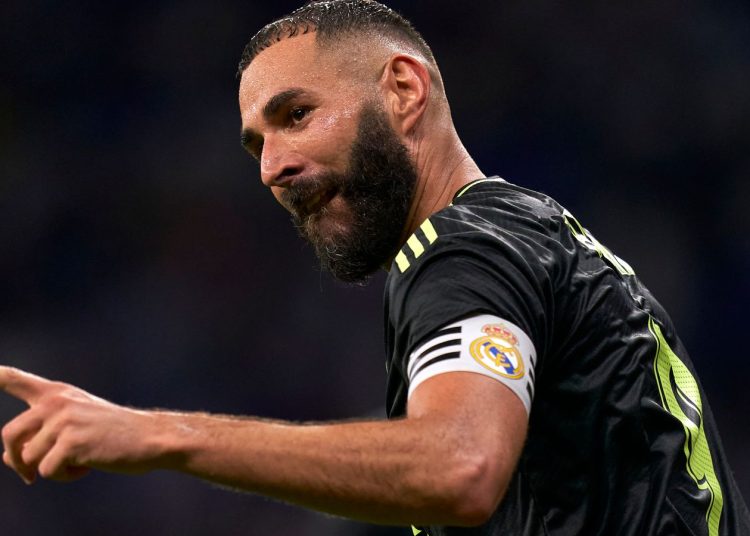 EA Sports has released its much anticipated list of the 23 highest ranked players in the new FIFA 23 game – and a new name has taken the No 1 spot.

After a season in which he scored 44 goals in 46 games to help Real Madrid win the Champions League and La Liga, Karim Benzema has moved up 13 places to become the leading player in FIFA 23.

The world's best in the World's Game 🌍

The 34-year-old replaces Lionel Messi, with the Paris Saint-Germain forward’s rating drop from 93 to 91 seeing him fall from first to fifth in the rankings.

Cristiano Ronaldo has also seen his stock slide, falling from third to eighth despite scoring 24 goals for Manchester United in the 2021/22 campaign – his first back at Old Trafford.

Robert Lewandowski has retained his status as the second-best player in FIFA 23, while Kylian Mbappe rounds off the top three after moving up from fifth.

Kevin De Bruyne’s rating of 91 makes him the best Premier League player in the game, while Mohamed Salah and Virgil van Dijk – the highest rated defender – both make the top 10.

Also in the top 10 is Thibaut Courtois, who is the highest ranked goalkeeper, but there is no place for Harry Kane or N’Golo Kante, who were both part of that exclusive club in FIFA 22.

There is no place in the top 20 for Erling Haaland, who has scored 12 goals in just eight games since joining Manchester City from Borussia Dortmund.

The 22-year-old is now ranked 21st after moving up eight places.

The award for most improved player player goes to PSG forward Hugo Ekitike, who has risen from a rating of 62 in FIFA 22 to 77 in the latest game.

The 20-year-old earned a summer move to the French giants after scoring 11 goals in 27 games for Reims last season.

The second most improved player in FIFA 23 is Southampton full-back Tino Livramento, whose rating has gone from 61 to 75.

Also among the highest risers are Aaron Ramsdale, who has gone from 74 to 82, and Jacob Ramsey and Anthony Gordon, who are now rated 75 after previously being 67.

FIFA 23 is released on September 30 in the UK and will be the final title in the long-running series after EA Sports and FIFA ended their licensing agreement.

From next season, the developers will release a new franchise called EA Sports FC, which it says will retain league, player and stadium naming rights.