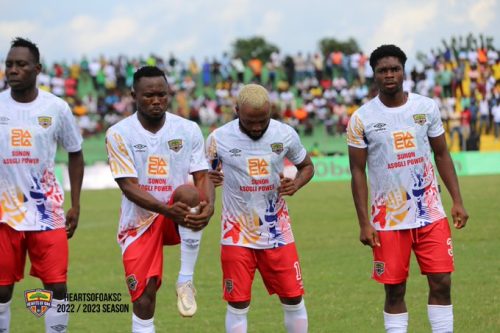 Accra Hearts of Oak Sporting Club has announced an adjusted list of gate rates for the Mantse Derby game with Accra Great Olympics.

According to reports reaching CITI Sports, the adjustment was made after the fan base complained about the steep prices of the gate rates for the headline game.

Prior to the release of the new list of prices, the price of a Popular Stand ticket at the Accra Sports Stadium for the game was billed at 40 Ghana Cedis ($3.96).

However, the new list of prices has a Popular Stand ticket at the Accra Stadium billed at 30 Ghana Cedis ($2.97) for the first Mantse Derby of the 2022-2023 Season.

Hearts head into the game on the back of suffering a 0-1 loss to Aduana Stars at the Nana Agyemang Badu Stadium in the opening round of BetPawa Ghana Premier League games.

Olympics on the other hand, recorded a 1-0 win over Bechem United after beating the same opponent 2-0 to win the GHALCA G6 Tournament in the offseason.

Scroll down to view the full list of gate rates for Sunday’s game. 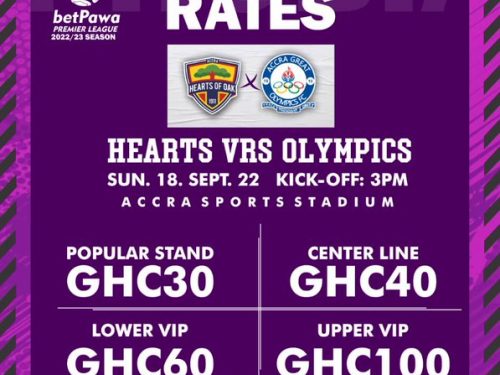