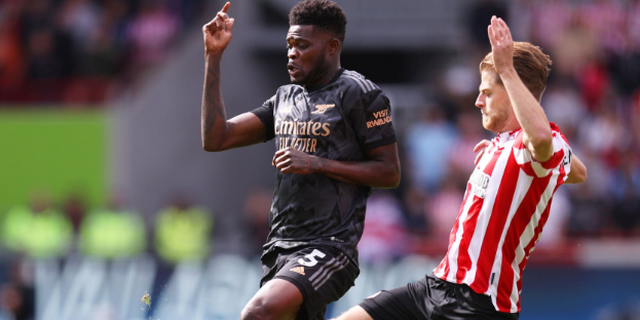 Ghana’s Thomas Partey returned from injury to put in a tidy performance as Arsenal thrashed Brentford 3 – 0 to return to the top of the Premier League table.

Partey suffered a thigh strain heading into Arsenal’s matchday 4 game against Fulham and was initially slated to be out for about 6 weeks, however he made a quicker recovery than expected.

Partey started in midfield and lasted 78 minutes before being replaced by Albert Sambi Lokonga.

He finished the game with the most touches(93) and the most passes completed (73) while making seven ball recoveries.