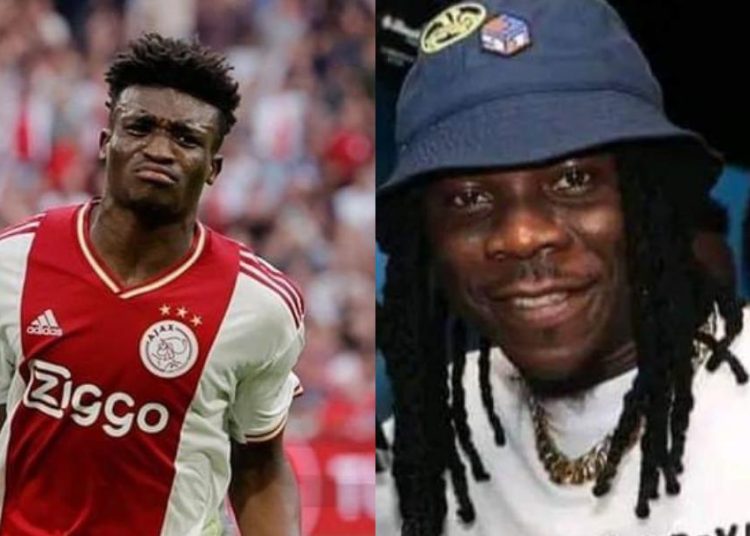 Ghana and Ajax Fc forward Mohammed Kudus is in the form of his life having scored 6 goals in his last 5 matches.

You wouldn’t know this if you looked him in the face as he barely smiles and prefers to go about his duties with a business like attitude.

However, he has given a condition under which circumstances could change.

”I agree that the DJ at the stadium must play the song.

“The firm and strong song I think will be perfect because Stonebwoy is an icon in Ghana.

“If you do that I think I will smile”, he stated in an interview.

Kudus appears to be a big fan of the Afro Dancehall Artist Stonebwoy, as he has been spotted on various social media platforms vibing to his music.

‘Gidigba’ a Yoruba word which translates as ‘Firm and Strong’ is the newest single released by Stonebwoy for the listening pleasure of his fans as the festive season approaches.

Kudus was on target again for the defending champions in their matchweek 7 defeat to AZ Alkmaar.

He opened the scoring for Ajax in the 12th minute of the game but they conceded an equalizer late in the first half and went on to lose the game 2 – 1.

Kudus will join his fellow Black Stars teammates for the upcoming friendlies against Brazil and Nicaragua during the international break.