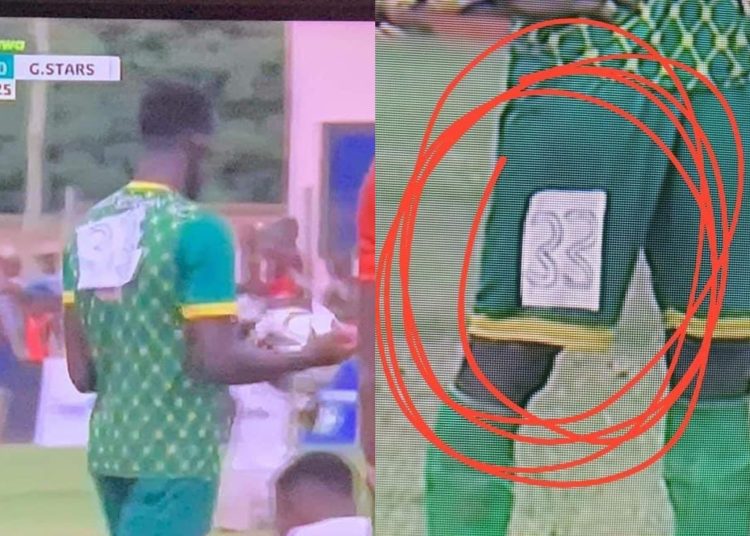 Nsoatreman FC have promised to never again use paper as numbering on the back of their jerseys following an incident that occurred during their matchweek 2 encounter in the Ghana Premier League against Bibiani Gold Stars.

The Nsoatre-based club quickly apologized for their unprofessional conduct through a press release, following the incident which occurred at the Nana Konamansah Park.

Speaking to Citi Sports, Gyempeh has given assurance that their jerseys have been well numbered and the mishap will not be repeated in the season.

“It was an unfortunate situation that happened the other day and we have decided not to have a repetition. We have made sure that whatever numbering we needed to do on our jersey to avoid that mistake has been done. All the jersey numbers are set”.

Meanwhile, Joel Gyempeh confirmed that the club has been cautioned by the Ghana Football Association for the unprofessional conduct.

“We got an email from them [GFA]. It was a warning that anytime something of that sort happens again, we wouldn’t be spared.”

Nsoatreman FC will travel to play Kotoku Royals at the Cape Coast Stadium in match week 3 of the Betpawa Premier League.

"I was shocked to receive Spain Call up" - Nico Williams