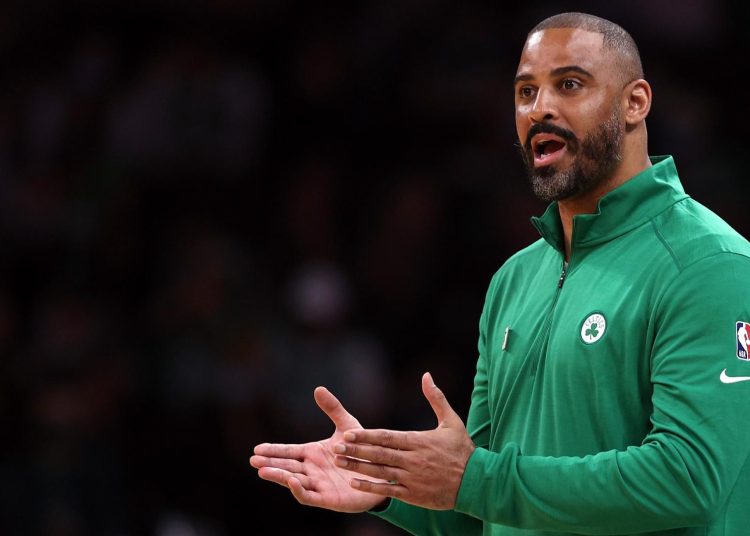 The Boston Celtics are considering the possibility of imposing disciplinary action upon head coach Ime Udoka for violating the organization’s guidelines.

The Celtics have determined that Udoka had also violated their code of conduct by engaging in an “improper intimate and consensual relationship” with a female member of their staff.

“Celtics coach Ime Udoka had an improper intimate and consensual relationship with a female member of the team staff, sources tell The Athletic. It’s been deemed a violation of franchise’s code of conduct.”

According to reports, Udoka could end up getting a lengthy suspension. However, the Celtics have not yet come to a conclusion regarding their choice.

The length of any potential suspension could be decided by Thursday, even though it is not anticipated that he will lose his job as a result of this incident.
ShareTweetSend
Previous Post