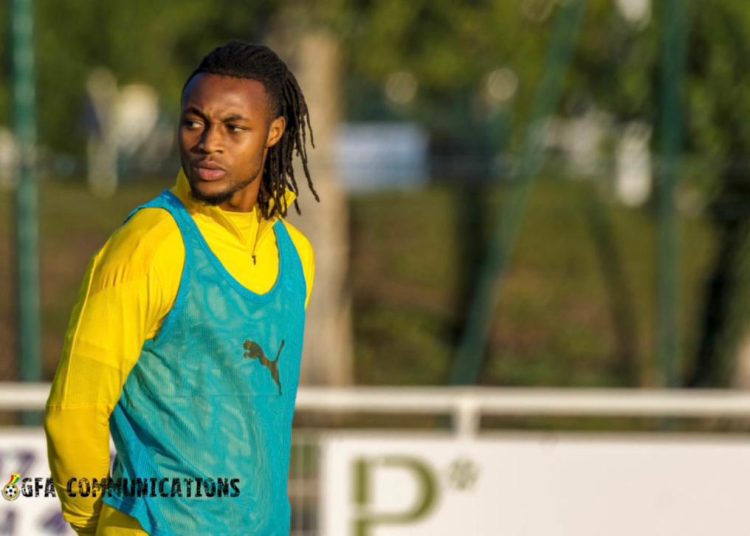 Black Stars forward, Antoine Semenyo, is relishing a chance to play at the 2022 World Cup in Qatar.

The Bristol City man is with the Ghana team preparing to face powerhouse Brazil in a pre World Cup friendly on Friday.

Semenyo, who picked up an injury in his only other involvement with the Ghana team, is particularly excited about the attacking talent the Black Stars currently boasts off.

According to Semenyo, there’s an air of positivity due to the competition for places in the team, which is ensuring players give their all.

“It’s good to be back with the team, and hopefully I can show Ghanaians what I can do.

”We’ve got some new boys with us and it’s important to gel and get used to each other, so we can perform on the big stage.

”There’s healthy competition in the group and everyone is fighting for their spot, so if you get that number one spot you have to keep it,” he said.

Ghana will face Brazil on September 23, in the first of their Pre World Cup friendlies, before traveling to Spain to take on Nicaragua on September 27.