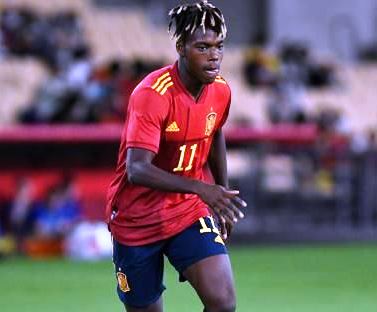 Nico squared a cross from full back Dani Carvajal with his head for Atletico Madrid forward Morata to run on to and easily tap the ball into the net in the 88th minute.

Nico made his debut for Spain at the senior level on September 24 in a 1-2 loss to Switzerland where he played 27 minutes on the right wing. In the win over Portugal, Williams was deployed on the left wing.

Born to Ghanaian parents, Nico could have joined brother Inaki in the Black Stars setup but opted to play for Spain after accepting a call up from Spain head coach Luis Enrique.