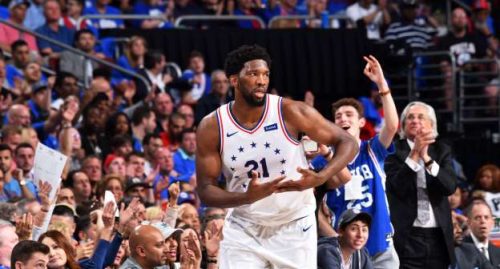 Philadelphia Center Joel Embiid once again showcased his love for football and skill in the sport by displaying a ball juggling act at the Sixers Media Day event.

The traditional event takes place before the start of the NBA season where the press gets to interact with players and coaches on teams for the first time.

On the sidelines of Philadelphia’s media day, the seven foot tall Center juggled a football and embellished the act with a nifty control of the ball.

“Yep I’m showing off. I hope you got that” Embiid said in the video in the presence of a handful of people gathered at the Sixers practice facility.

Embiid heads into the 2022-2023 NBA season on the back of a sterling run in the immediate past campaign where he finished second to Nikola Jokic in the league’s Most Valuable Player Award voting.

He made the headlines this off season when he committed to play international basketball for France and not his native Cameroon. He is a big fan of Arsenal Football Club.

Embiid is in line to pair with Minnesota Timberwolves Center Rudy Gobert in France’s front court for the 2023 Basketball World Cup and 2024 Olympic Games in Paris. 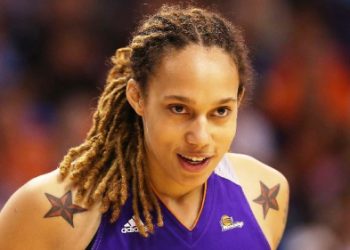