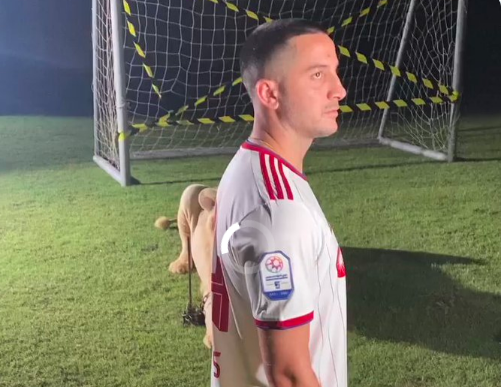 Greek centre-back, Kostas Manolas will never forget his time in the United Arab Emirates as he had to take some photos with a chained lion.

The New Sharjah FC player who has signed a two-year deal got his greatest shock when the lion next to him tried to stand up.

In the viral video, the 31-year immediately jumped in fright after the chained lion snarled at him.

The Sharjah FC collaborators who were there asked him to calm down and continue with the photos.

The Ex-Roma and Napoli defender joins UAE Pro League side, Sharjah FC from Olympiacos until June 2024 with an option for a further year.