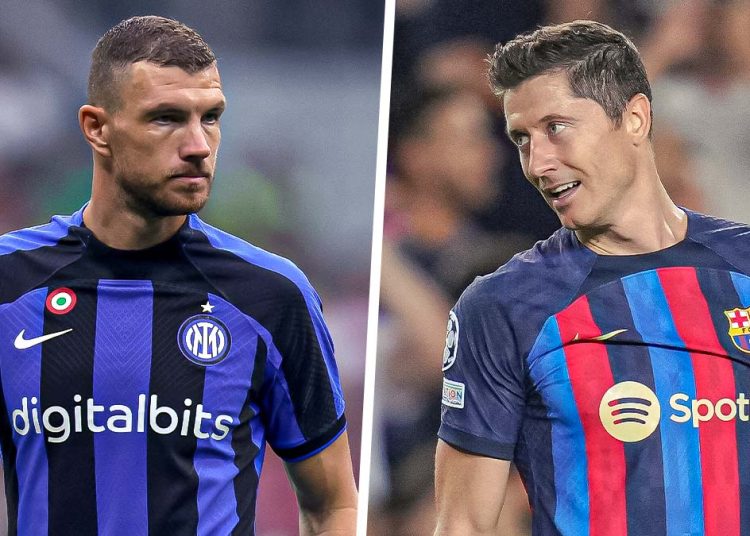 The group stages of the UEFA Champions League is gradually reaching its midway point and the top teams will be looking to book early places to the round of 16.

Chelsea will also have a date with Italian champions AC Milan.

Here are our five matches to look out for.

Ajax will be looking to bounce back from their defeat against Liverpool as they host Napoli in Group A.

But Napoli will have their work cut out for them as they have never won away from home in the Netherlands (D2 L3) in any European competition.

Ajax currently have 2.27 odds of winning whilst Napoli have 3.05 odds.

Inter Milan will be hoping to use their home advantage and get a good result as they battle Barcelona.

Barcelona on the other hand, will be looking to bounce back from their defeat against Bayern Munich on their tricky away trip.

Barcelona have won six out of 10 UEFA Champions League meetings with Inter Milan so far. It is the most defeats dealt by a single opponent to Inter in the competition. This means, they will be confident ahead of the game.

The Blaugrana are favorites to win the game with their odds priced at 1.80 whilst that of Inter Milan stands at 4.30.

Chelsea are still in search of their first Champions League win of the campaign and will be hoping to get that as the face Milan on Wednesday.

Milan on the other hand will look to shock the Blues in England in what is deemed a difficult trip.

AC Milan’s only win over Chelsea was in February 1966 in the Inter-Cities Fairs Cup, winning 2-1 at the San Siro.

Real Madrid aim to get back to winning ways after gaining just a point against Mallorca in the league.

Shakhtar on the other hand, will aim to cause a huge upset at the Santiago Bernebeu on Wednesday.

Real Madrid have won four of their six UEFA Champions League matches against Shakhtar Donetsk, all in the group stage, winning both games in 2015-16 and 2021-22 but losing both in 2020-21.

Real Madrid are heavy favorites for this one with their odds priced at 1.19 whilst that of Shakhtar stands at 14.00.

PSG will be hoping to continue their dominance in all competitions as they make the trip to Portugal and face Benfica.

The hosts on the other hand, are aiming to get one over Messi and his teammates on Wednesday.

But it will be a tough one for Benfica because Paris Saint-Germain have only lost one of their previous 11 games in the group stage of the UEFA Champions League (W8 D2), with that lone defeat coming away to Manchester City in November 2021.

PSG have 1.75 odds of winning currently whilst that of Benfica stands at 4.20.

Sports betting fans have an opportunity to join the league of Big Betway Jackpot Winners with the new Atena Kese3 Jackpot in which players need to pick 17 football match results. At only GHS 1.50p to play, and a jackpot of a staggering GHS 16.5 million. It’s sure to amp up the excitement.

Customers can also play the Item 13 Jackpot with just GHS 1 to win GHS 270,000 or the Tap-In Jackpot, picking only 8 football match results, with just 50p to win GHS 5,000. Kwame F currently sits at the top of the Big Betway Jackpot Winners League, winning GHS 990,665 in the Betway Jumbo Jackpot.