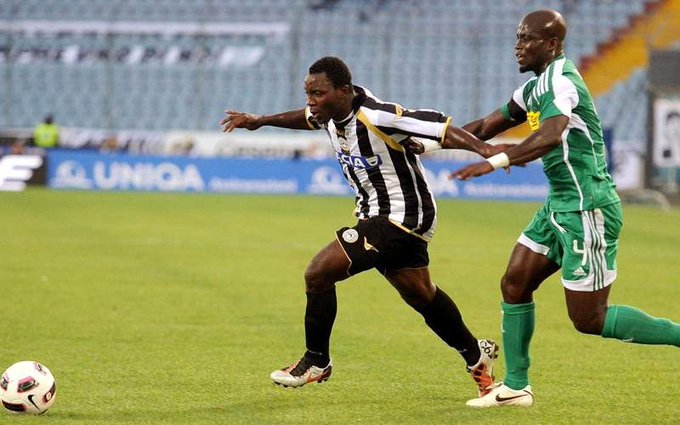 The pair featured for Ghana at the 2010 World Cup in South Africa as Milovan Rajevac’s team reached the quarter finals.

In the wake of Asamoah hanging his football boot to pursue a career as a football agent, Appiah was full of praise for the 33-year-old.

Sharing the pitch with you was an absolute joy.

Injured Appiah handed his number 10 shirt to Asamoah during the 2008 AFCON in Ghana.