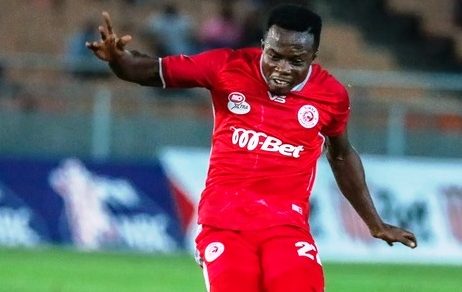 The result in the second preliminary round game gives the Tanzanian side a big advantage heading to the return leg on Sunday, October 16.

Okrah assisted attacking midfielder Clatous Chama to score the first of the three Simba goals nine minutes into the game.

Okrah intercepted a pass and raced down the left flank before brilliantly picking out Chama inside the penalty box before getting substituted in the 60th minute.

31-year-old Zambian midfielder Chama showed great composure to beat a defender before slotting the ball into the far right side of the post.

Simba got further goals from Israel Patrick Mwenda and Moses Phiri in the 63rd and 75th minutes respectively but conceded from a Dago Samu penalty in the 77th minute.

In the Tanzanian Premier League, Simba leads the standings with 13 points on the back of four wins and a draw in five games.