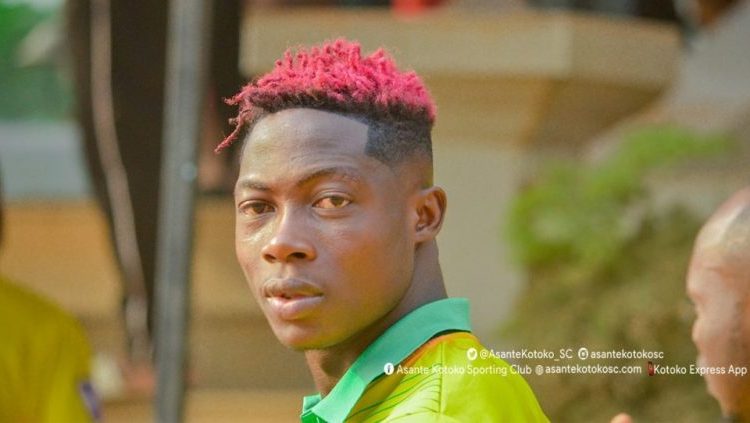 Kumasi Asante Kotoko midfielder Justice Blay has trained for the first time with the team as he makes progress on his return from injury.

The 30 year old was spotted training with the rest of the playing body earlier today as he marks another important step to full fitness.

Blay sustained a major knee injury last season and was forced to miss a chunk of the immediate past campaign before undergoing surgery.

In August this year, Blay was seen in a video working out by himself in a gym after surgery and he expressed his excitement about the training session on his Twitter page.

“Excited to be back for group training with the squad, thanks to the club officials, technical team, teammates, medical team, supporters etc for the support. Only One Fabulous!” he wrote.

The former Medeama defensive midfielder’s imminent return comes as Kotoko look to put a testing start to the 2022-2023 campaign behind them.

Excited to be back for group training with the squad, thanks to the club officials, technical team, teammates, medical team, supporters etc for the support. 🙏💪🏽🔴

Only One Fabulous! ❤️👋🏻 pic.twitter.com/piqB3HAkwW

Kotoko got bounced out of the CAF Champions League preliminary stage following a penalty loss to Burkinabe side RC Kadiogo.

The team drew 1-1 with arch rival Accra Hearts of Oak and managed a 2-1 win over Nsoatreman in the betPawa Ghana Premier League prior to the league’s postponement.