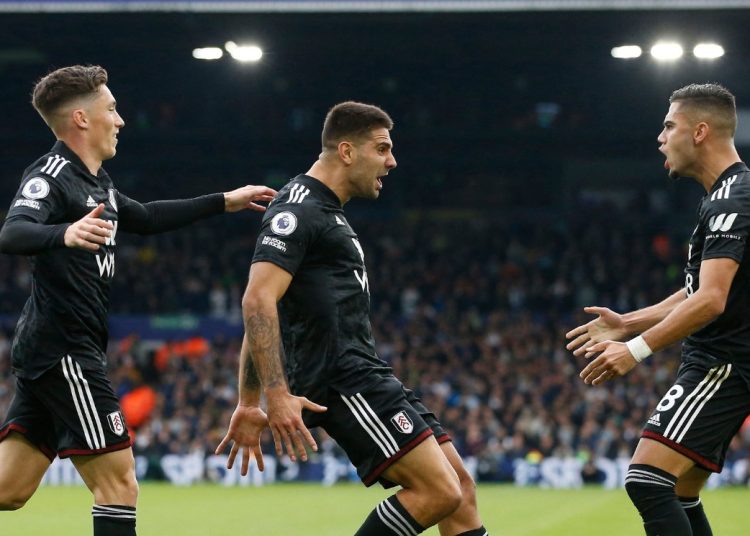 Leeds boss Jesse Marsch faces an uncertain future after Fulham came from behind to claim a 3-2 win at Elland Road that leaves the Whites  in the Premier League bottom three and without a win in eight games.

Second-half goals from Bobby Decordova-Reid and Willian sealed the game for the Cottagers – the former steering a header before the latter scored from close range to provoke mutiny among the home crowd.

The last 10 minutes were played out to the sound of chants against Marsch and the club’s board with the final whistle greeted by boos from around the ground.

Looking to boost their lowly league position and the standing of their beleaguered boss, the home side had led through Rodrigo’s header in the 20th minute, raising the prospect of a first win since August.

But familiar defensive failings again undid them as they allowed Aleksandar Mitrovic an unchallenged close-range header from a corner just six minutes later.

In what is becoming a familiar story, the Whites looked huffed and puffed in attack but looked vulnerable all afternoon.

It took a superb goal-line block from Marc Roca to stop Harrison Reed scoring the opener and a fine save from Illan Meslier to stop Andreas Pereira making it 2-1 before the break.

Decordova-Reid and Willian took their chances when they came to complete the turnaround and ensure that not even Crysencio Summerville’s late goal could alter the result.

It gives this enterprising and confident Fulham side a second successive win following Thursday’s 3-0 win over Aston Villa and leaves Marsch to an uncertain fate.

EPL: Leicester tame Wolves to move out of the relegation zone