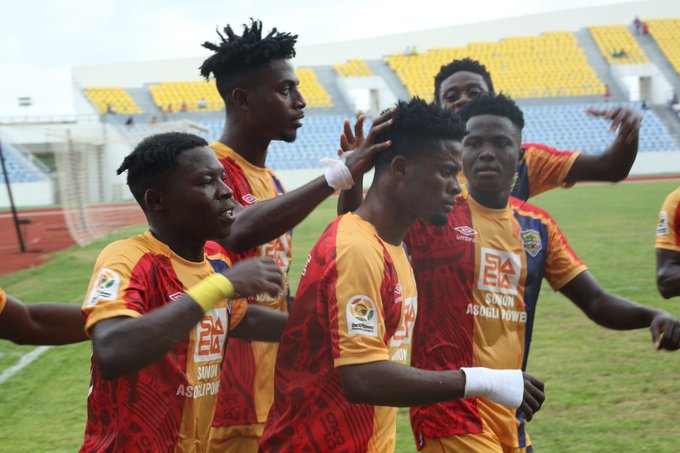 Accra Hearts of Oak secured a narrow 1-0 win over newbies, Kotoku Royals at the Cape Coast Stadium on Saturday afternoon in a match day 5 encounter.

The win means Hearts of Oak have recorded back to back maximum points for the first time this season after their victory against Bibiani Gold Stars on Match day 4.

Daniel Afriyie Barnieh, who made Ghana’s 55-man provisional squad list for the 2022 World Cup, scored the only goal in the game via a penalty in the 28th minute to give the Phobians their second win of the season.

The win moves Hearts of Oak to 5th place on the league log with 8 points from five games, while Kotoku Royals are 14th with 4 points.

In today’s other game, Accra Lions were 2-0 winners over Nsoatreman FC at the Accra Sports Stadium.

Goals from Daniel Awuni and Frederick Asante secured all three points for the hosts.

The victory takes Accra Lions to the top of the League log with 12 points, with other Match day 5 fixtures to be played on Sunday.