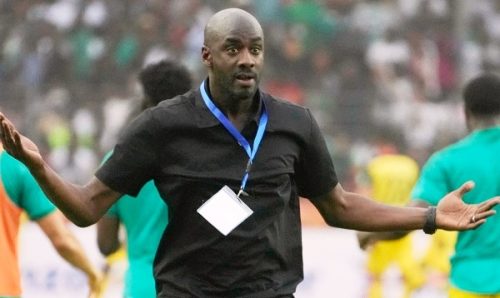 On deadline day for the announcement of national team squads to compete in the 2022 FIFA World Cup, Ghana’s 26-man squad for the tournament has been announced. Due to a mix of late injuries coupled with the outcome of turf wars involving big-name stakeholders in the football space, the final squad is very different from what was reported earlier.

There is bound to be controversy over the final squads to represent countries at the World Cup because for starters, it is the biggest competition of the world’s biggest sport. Beyond that, there is a lot of money at stake for successful countries in the tournament; heck, for countries that don’t even perform well at the tournament, the staggering money they get via mere participation is more than enough to make up for the disappointment.

Ronaldo was a controversial pick for Brazil at the 2002 World Cup just as Radja Naingolan’s omission from the Belgian squad provoked similar reactions.

However, on both occasions, Luiz Felipe Scolari and Roberto Martinez were proven right as Ronaldo emerged as the best player as Brazil won the tournament, while Belgium again just missed out on getting its golden generation to win it all; the Red Devils finished third in 2018.

Hate it or love it, Addo has named his squad and is solely responsible for what happens to Ghana’s campaign in the desert of Doha. Tough luck to Joseph Wollacott and Richard Ofori who came so close to making the trip only to have their bodies fail them.

For big names that missed out on a Doha plane ticket aside from injury like Mubarak Wakaso, Jeffrey Schlupp and Joseph Paintsil, Otto Addo’s infamous criteria were responsible for the missed opportunity. Addo pointed out readiness and willingness to play for Ghana, Information management, values on and off the pitch, versatility and balance.

Picking Ibrahim Danlad from Kumasi Asante Kotoko and Accra Hearts of Oak’s Daniel Afriyie Barnieh checks the “balance” box well enough and meets local content clamoured by many. While Addo’s criteria are quite long, Wakaso, Schlupp and Paintsil meet several of them but with margins ever so fine getting into the World Cup, falling short meant exit from the squad.

Perhaps the biggest name to be omitted is the hard-tackling veteran midfielder Wakaso who looked to have booked his place in the team by sealing a move to Belgian league side KAS Eupen. Beyond that, he is playing well consistently for Eupen, has the “political clout”, is ever ready to play for Ghana, manages information well, is versatile as a central midfielder, defensive midfielder and left wing-back and provides balance to the team as a left-footer.

However, Wakaso’s values as a player were called into question after delivering a brutal tackle on fellow Ghanaian midfielder Majeed Ashimeru in the Jupiler Pro League. Delivering a hard tackle in the flow of a game is normal in football but Wakaso’s unapologetic attitude and needless gesticulation made him fall victim to this criterion.

Like Wakaso, Schlupp is a versatile left-footed midfielder who started out his career in the left full-back position and is a quality player who plays consistently for Crystal Palace in the English Premier League. However, Schlupp falls short in the selection process due to his seeming inability to manage sensitive information.

After reportedly getting turned down by Otto Addo for the Doha trip, a member of Schlupp’s entourage blasted the GFA over what he deemed unfair treatment to his man and proceeded to insult Ghanaians in his tirade on social media. That looked to have broken a code Addo holds on to dearly and not even the injury to Baba Iddrisu was enough to get Schlupp back in contention for a place in the Stars.

As harsh as it is, considering Schupp has been in fine form for Palace even in the face of a transition from left full-back to central midfield, failing to manage information made him out to be a guy Otto couldn’t trust.

Majeed Ashimeru also falls into this category as miscommunication regarding his health status in the lead-up to an international outing breached Otto’s code on information management hence his omission from the team.

The flying winger is the most in-form player operating in an area of the pitch Ghana needs a ton of help in terms of production. In 14 league games this season, Paintsil has scored six times and has eight assists for KRC Genk but was dropped. His omission goes beyond Paintsil being a “student” of football administrator Osei Palmer who is a big rival of Ghana Football Association (GFA) President Kurt Okraku.

Paintsil’s omission is down to his failure to show up for Black Stars participation in the Kirin Cup; a competition that all but sealed Manaf Nurudeen’s spot in the World Cup team. Paintsil displayed an unwillingness to play for the Black Stars and that effectively took him out of the team.