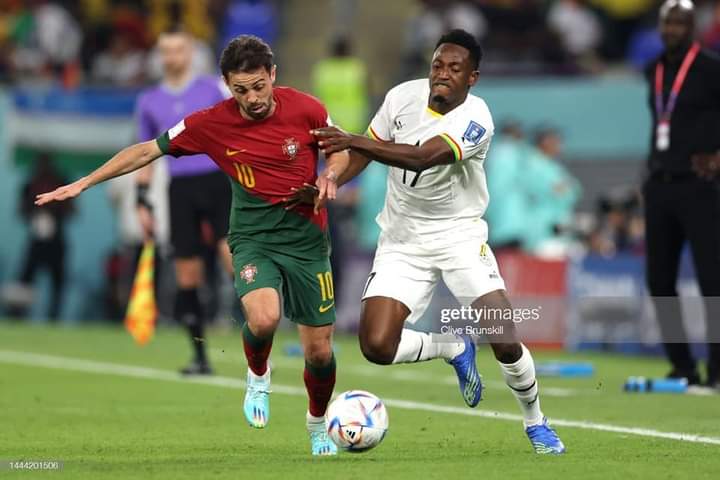 Black Stars head coach, Otto Addo has jumped to the defence of left wingback Abdul-Baba Rahman over his part in Portugal’s second goal.

A pass from Bruno Fernandes slipped through Rahman’s legs and sent Joao Felix through on goal, just minutes after Andre Ayew had made the game 1-1.

Felix found the back of the net to put Portugal back in front.

Ghanaians descended on Baba Rahman on social media, criticising him for not stopping the Portuguese attack.

At the post-match press conference, Addo was less-than-impressed with the attempts to lay the blame for the goal at the defender’s feet.

The Black Stars boss admitted that Baba Rahman’s starting position did not help but refused to place full liability for the goal on the defender.

“The problem was his position, it would have been a little better taking the inner position so that nobody could have played between the lines, they could have only played to feet. But [Rahman] was a little bit too wide,”Addo explained.

“Coming inside, he was unlucky and I think the ball went through his legs. It’s difficult to stop a ball while you’re running sideways.”

Addo said he was impressed by Rahman’s entire performance, not just defensively but offensively as well.

The Reading player was heavily involved in Ghana’s second goal of the game, providing the cross which was headed home by Osman Bukari.

“What I don’t like sometimes about press people is that you [thrive] on negative press. Baba Rahman defended so well. If you’re going to mention the goal, you should also talk about [his defending]. He also had some good passes up front, really good,” Addo said.