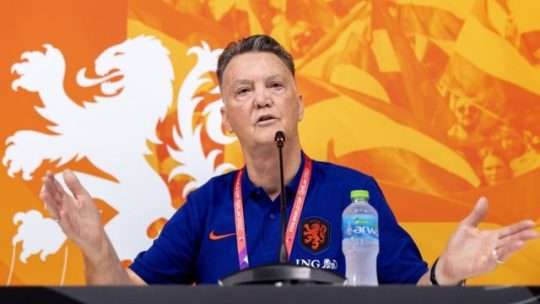 DOHA, Qatar — Netherlands manager Louis van Gaal has revealed several members of his squad are battling flu symptoms on the eve of their World Cup round-of-16 match against the United States on Saturday.

Though all 26 players went through light training on Friday, Van Gaal is fearful of the illness spreading through the group.

When asked how many players were affected and for the names of those who were ill, Van Gaal told NOS: “We are not going to elaborate on that. But if it goes around in the group, it is worrying.”

Van Gaal was then asked whether he would have a team fit to play the US on Saturday. He responded that for the Netherlands to be struggling to field a team, that would mean 15 of the 26 players would have to be sidelined.

“There are not 15 or so,” Van Gaal clarified. “In principle, everyone is fit and available.”

Though the team did train on Friday, they didn’t have their usual 11 vs. 11 match.

“I gave them a day of rest,” Van Gaal added. “With this group, they communicate that to me. I listen to my players.”

It’s not the first time we’ve heard of teams struggling with flu-like symptoms. Brazil’s players referred to them after the team’s 1-0 win over Switzerland, with Antony blaming the air-conditioning for some of their players — including Neymar — feeling ill.