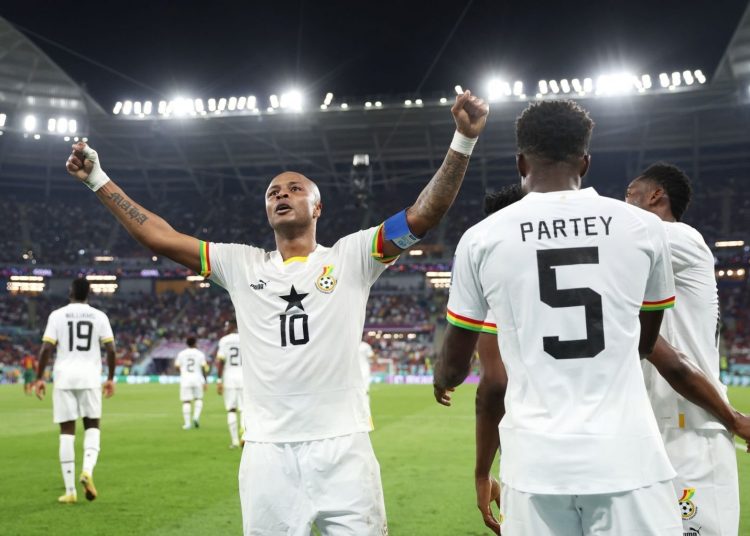 The Professional Footballers Association of Ghana (PFAG) has stated it is “extremely proud” of the Black Stars efforts in the 2022 FIFA World Cup in Qatar.

This was communicated in an official statement released by the group representing professional footballers in Ghana in the aftermath of Ghana’s elimination from the ongoing tournament.

The Black Stars lost 2-3 to Portugal, 0-2 to Uruguay but managed to beat South Korea in Doha in a campaign that had Ghana miss out on progress to the Round of 16 stage for the third time in four World Cup appearances.

Ghana needed to avoid a loss to Uruguay in the final round of games in Group H to progress to the Round of 16 but ended up losing to the South Americans.

Despite the disappointing run in Doha that had Ghana finish bottom of Group H standings with three points, the PFAG believes the Black Stars represented Ghana well in Qatar. 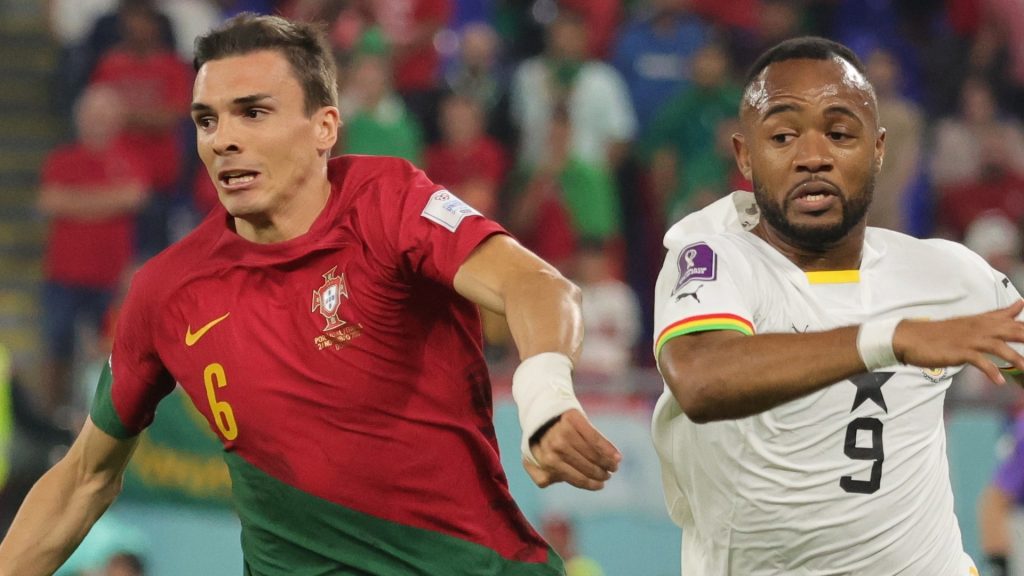 “You showed us countless acts of heroism and sacrifice, and this gives us all a renewed hope going into the future” a portion of the release stated.

Below is the full release from the PFAG: 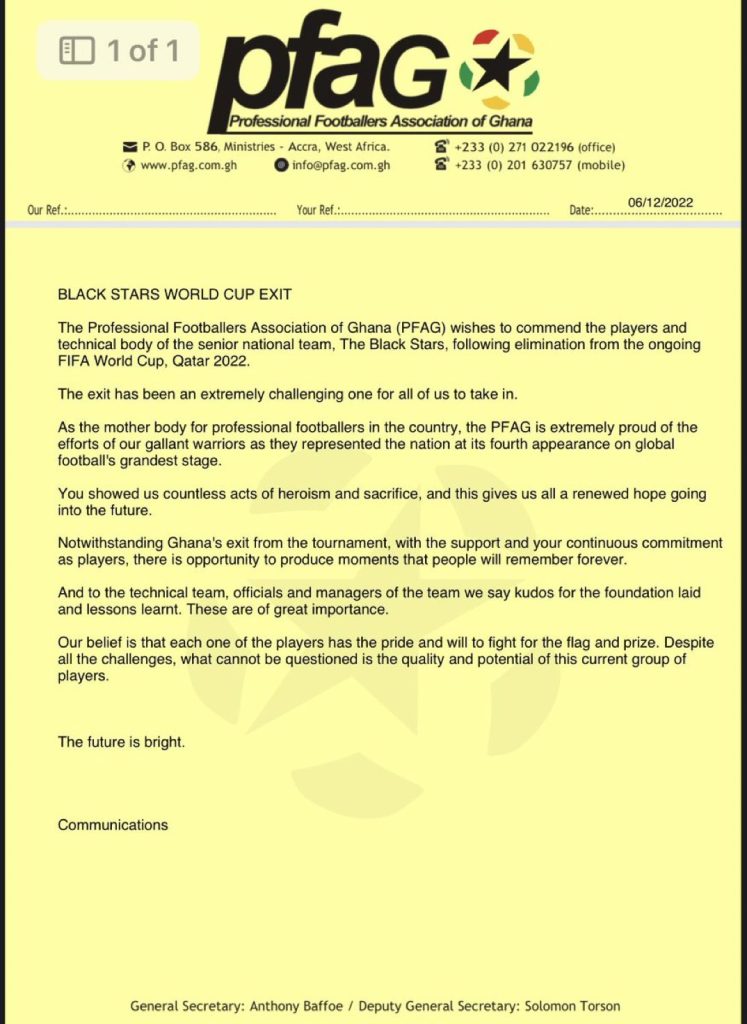