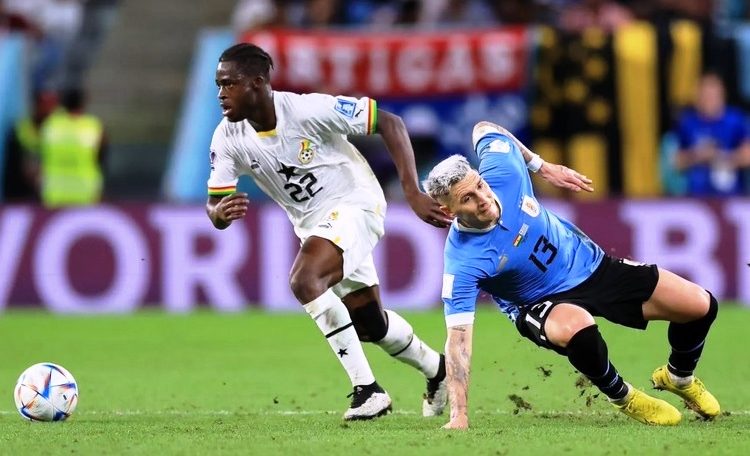 Black Stars winger Kamaldeen Sulemana has emerged as the fastest player at the 2022 FIFA World Cup in Qatar at the time of writing according to Opta Stats.

The speedy player was clocked at a speed of 35.7 Kilometers per hour in Ghana’s game against Uruguay in the final round of games in Group H.

Kamaldeen, came off the bench at the start of the second half in the Black Stars 0-2 loss to Uruguay that eliminated Ghana from the competition.

The Black Stars was the youngest squad in this year’s World Cup and the 20 year old Sulemana is rated as one of the best young prospects in the squad.

He is expected to join his French side Rennes in the aftermath of Ghana’s elimination from the World Cup.

Canada and Spain wingers Alphonso Davies and Nico Williams came tied for second place on the speed list with both players clocking a speed of 35.6 kilometers per hour.

Davies clocked the sprint speed against Croatia while Williams hit the speed mark in a game against Germany.

Williams and Davies were eligible to represent Ghana in international football before committing to play for Spain and Canada respectively.