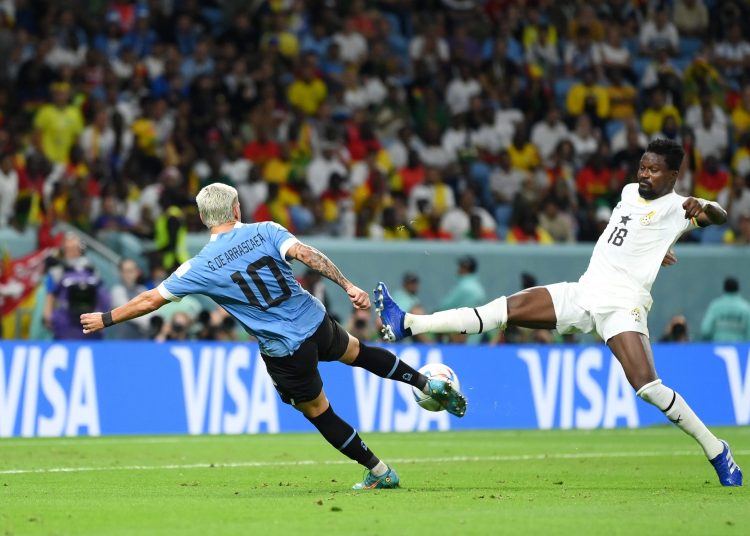 Ghana (white) lost 0-2 to Uruguay in the final game to crash out of the World Cup.

Former Ghana Men’s Under-17 Football team goalkeeper, Ali Jarah has pointed to a lack of communication and inexperience as the reasons behind the Black Stars repeatedly conceding in quick succession at the 2022 FIFA World Cup in Qatar.

The Black Stars crashed out of this year’s World Cup at the group stage after picking up just three points in three games. Ghana fielded the youngest squad in Qatar.

Ghana suffered losses to Uruguay and Portugal and, in both cases, the team conceded goals over the span of a few minutes.

“I think it’s a lack of communication. Whenever we scored a goal, we were overjoyed and by the time we realized, the ball is back in our net. I think we will learn from our mistakes and, as time goes on, I think the players will be able to learn and gel well. [We also need to address the] lack of communication between the goalkeeper and the back four,” he said.

In the aftermath of Ghana’s elimination from the World Cup, Otto Addo has gone through with his decision to step down as the Black Stars head coach once Ghana’s campaign in Doha comes to an end.