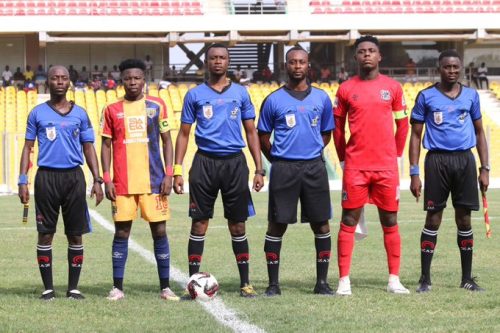 Accra Hearts of Oak made it two successive draws after drawing goalless at home to Samartex leaving them three points behind league leaders Aduana Stars.

However, Aduana Stars failed to extend its lead in the standings after losing to Karela United by a lone goal away from home. Evans Adomako scored the winning goal in the 78th minute.

Nsoatreman hosted Legon Cities at home in a goalless draw while Samuel Antwi’s first half stoppage time goal was enough to clinch all three points for King Faisal in a 1-0 win over Tamale City in Kumasi.

Asante Kotoko takes on Gold Stars in Bibiani on Monday and will be looking to bounce back after recording three successive draws while eighth placed Accra Lions host Berekum Chelsea.

Apart from lack of rhythm, there was no difference between Ghana and Madagascar- Annor Walker