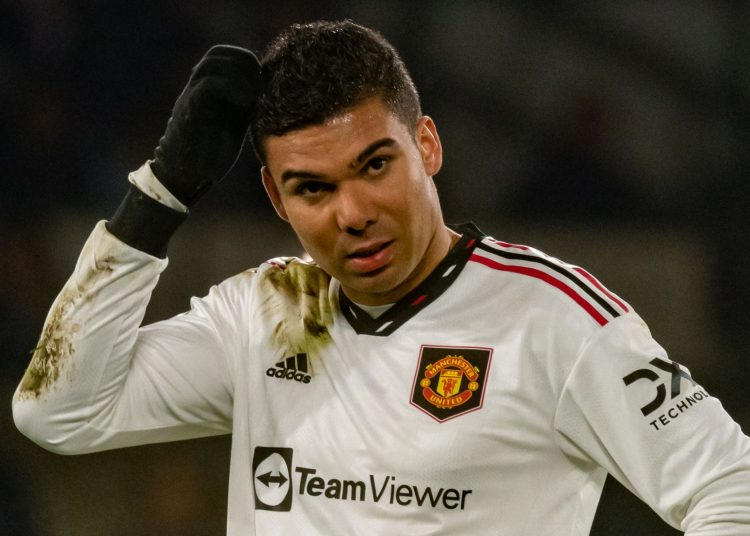 Michael Olise’s sensational stoppage-time free-kick rescued a 1-1 draw for Crystal Palace against Manchester United as Erik ten Hag’s side missed the chance to go second in the Premier League.

United appeared to be heading for a sixth consecutive Premier League win thanks to Bruno Fernandes’ goal before half-time, but Olise salvaged a point in dramatic style, his curling set-piece crashing in off the underside of the bar in the 91st minute.

David de Gea had kept Palace at bay before that, the United goalkeeper making outstanding saves from Odsonne Edouard and Marc Guehi, but he couldn’t do anything about Olise’s stunning effort as United spurned the opportunity to close the gap to Arsenal to six points.

For United, the result was compounded by a booking for Casemiro, his fifth of the season, which means the key midfielder will be suspended for Sunday’s crucial showdown with Arsenal.

The draw keeps United in third place, eight points behind Arsenal, but comes as a major boost to 12th-placed Palace, who had lost five of their previous six games in all competitions.