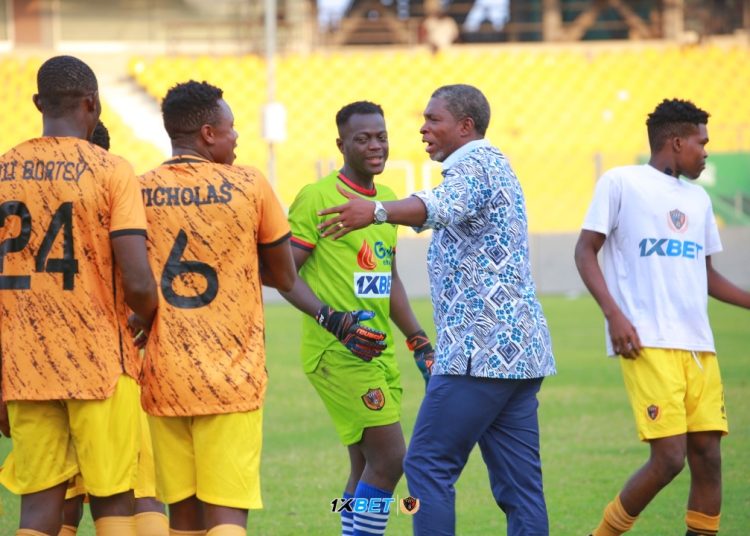 Legon Cities head coach Maxwell Konadu has pointed out preparation for penalty kicks was key in his team’s win over Accra Great Olympics.

Olympics lost 3-4 to Legon Cities in a penalty shootout at the Accra Sports Stadium in Round 32 of the MTN FA Cup after the game ended goalless in regulation time.

Legon goalkeeper Sylvester Sackey made the crucial save in the shootout to give his side the win and progression to the Round of 16 stage.

Speaking in the postgame interview, Konadu factored “luck” in his team’s win as Great Olympics missed a couple of great chances.

“They had their chances that I thought that they could kill the game before the 90th minute but we were lucky we were left off the hook and we came in we wanted to manage the game till the end and we did do that because we had confidence in our boys, we had practised a lot of penalties and the boys came and did exactly what we learnt” he said. 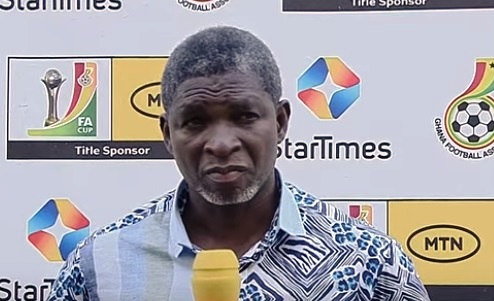 Legon Cities got knocked out of last season’s MTN FA Cup at the Round of 16 stage by Dreams FC.