The Gunners will play the first leg at home on Thursday, 26 April, with the second leg a week later on 3 May.

The final will be held in Lyon, France on Wednesday, 16 May, with the winner guaranteed a place in next season’s Champions League.

Liverpool will find out who they face in the Champions League semi-finals when the draw takes place at 12:00 BST.

Arsenal won their quarter-final against CSKA Moscow 6-3 on aggregate, but were made to work in Thursday’s second leg.

Leading 4-1 from the first tie, the Gunners conceded twice in Moscow and needed late goals from Danny Welbeck and Aaron Ramsey to make progress more comfortable.

Winning the Europa League looks to be the Gunners’ most likely way of qualifying for next season’s Champions League, with Arsene Wenger’s side sixth in the Premier League and 13 points adrift of fourth-placed Tottenham.

Atletico, Europa League winners in 2010 and 2012, are considered favourites to win the competition and are second in the Spanish La Liga, 11 points behind leaders Barcelona and with the best defensive record in the league.

They came through their semi-final against Sporting Lisbon 2-1, losing the second leg 1-0 in Portugal. 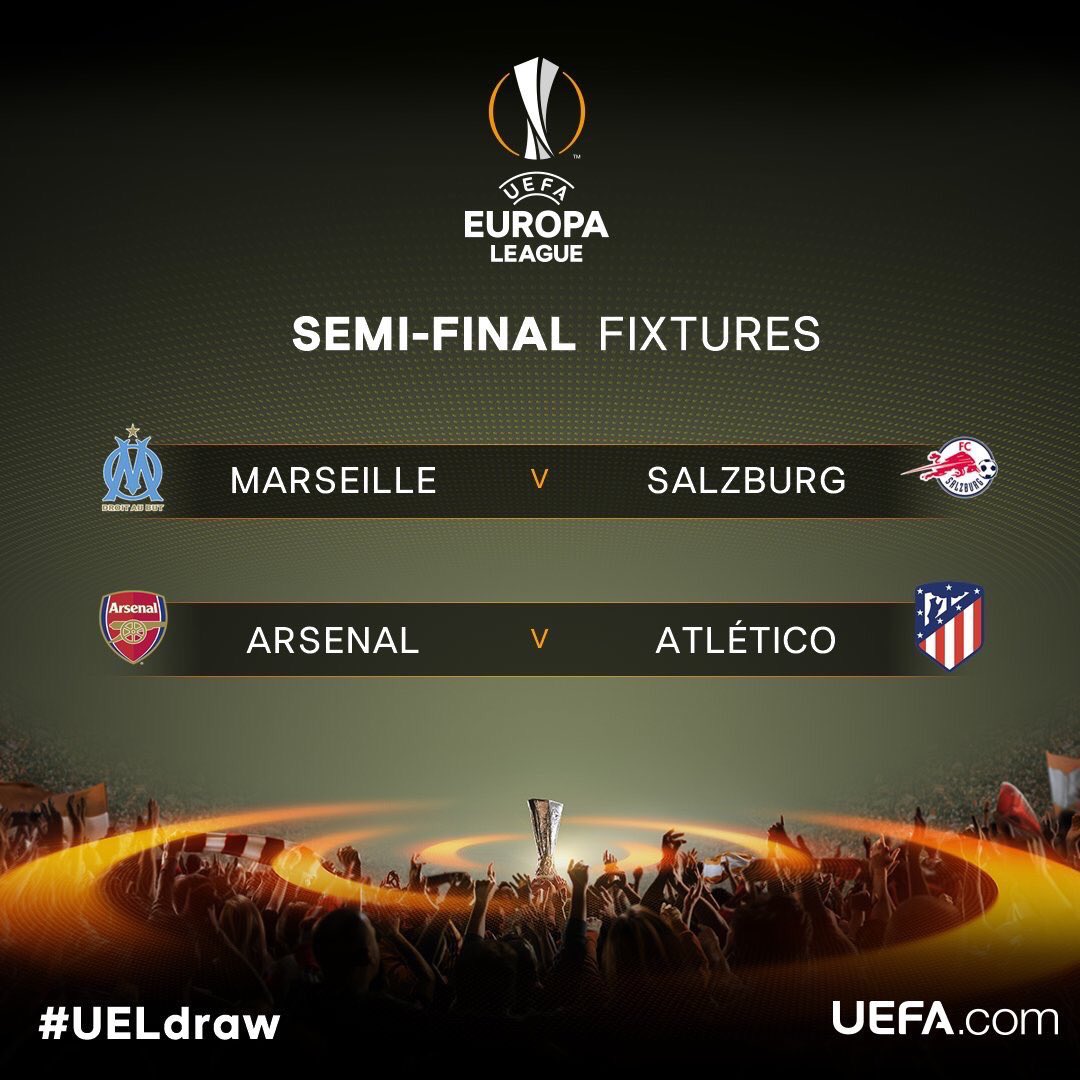